January as been a very bountiful start to the year indeed. For Christmas my brothers gifted me a generous amount of gift card money to buy books of my choosing, and I’ve used them quite enthusiastically over the past month. I am very grateful to them for this.

Secret Six: Six Degrees of Devastation by Gail Simone et al is the only book I paid for out-of-pocket. I actually have access to this story arc already, but this trade paperback I found in a local comic shop is apparently a very difficult book to find. If I remember correctly it’s been out of print for a long time. Most copies online charge a premium for them, so I jumped on the opportunity to pick a new one up at cover price.

Small Gods and Lords and Ladies are the next two novels in the Discworld series that I needed. I figured one thing I’d do with the gifted funds is give myself a surplus in the series to help ensure I get to them this year. I’ve also closed the gap between the beginning of the series and the first of the books I ever picked up and read, Men at Arms, which is the 15th book.

The Green Mile by Stephen King is one of his books I’ve been meaning to pick up for a while. I loved the movie and want to read the source material too.

The Gashlycrumb Tinies by Edward Gorey is a macabre alphabet book, each letter corresponding to a child who meets an unfortunate end. I’ve been wanting it for a while just to love and appreciate.

Berserk Vol. 18 by Kentaro Miura was simply the next book I needed in the series. I lucked out and was rewarded with $20 of credit from Indigo for some reason, so I used that to get the volume cheap. They’re fast reads and there’s a lot of them, so I relished the savings.

Little Heaven by Nick Cutter was actually the first book that ever caught my attention from this pseudonymous author. I really enjoyed reading The Troop this past autumn and I look forward to reading more of his stuff. It’s about a trio of mercenaries trying to locate a young woman’s nephew who may have been kidnapped by a cult and are confronted by Hellish forces in the backwoods of New Mexico.

The Princess Diarist by Carrie Fischer shall be my first foray into the author’s work, which I’ve been meaning to do since I learned she was accomplished in this medium. This book specifically chronicles her time filming the first Star Wars film, so I expect I’ll love this book quite a bit.

The Grip of It by Jac Jemc is a literary horror novel that came out back in 2017 that caught my attention. I don’t know very much about this book, but the premise intrigued me and if I’m honest I also really like the cover design.

Lastly, Dreams of Terror and Death by H. P. Lovecraft is a book I’ve been wanting to pick up for a bit. For years a friend of mine has told me about the story “The Dream Quest of Unknown Kadath” and his fascination with the Dream Lands of Lovecraft’s writing. It turns out that story is actually a confluence of many other stories, and this book collects them all together. I already have a copy of most these in the Necronomicon, but it’s convenient to have them all together like this, including those I didn’t have. 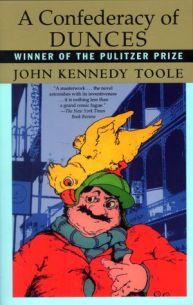 Another slight month as far as new books added to the ol’ to-read list, but that’s not something I mind too much, especially in the face of so many new books as is.

The Past and Other Things That Should Stay Buried by Shaun David Hutchinson is a YA novel about a boy named Dino whose ex-best friend has died and then comes back from the dead, leading them to try and figure out just what the heck is going on, as well as confront why their friendship ended prior to his friend’s demise. I was turned onto this book by another blogger, and while I don’t usually go for YA books I am drawn in by the premise.

The Curious Incident of the Dog in the Night-Time by Mark Haddon is a book I’ve been vaguely aware of for a very long time. I’ve never really known what it’s about, but the title has always intrigued me and grabbed my attention. Molly over at Silver Button Books recently read it and that has kindled my interest further.

Mythos by Stephen Fry I put a pin in simply because I like Greek mythology and wouldn’t mind another look at it through a new author. I’ve also never read anything by Stephen Fry before and this as a potential place to start is appealing to me.

Lastly, A Confederacy of Dunces by John Kennedy Toole is a book I’ve heard about from numerous sources recently, especially recounting the author’s tragic story prior to the book’s publication. I’ve kept my knowledge of the specifics of the plot limited, but it was spoken passionately about enough that I’ve decided to make especially sure I remember to check it out.

Do you prefer to be gifted with a specific book(s) or gift card money to allow you to get whatever you’d like? On the one hand, I do love gifting people specific books I think they would enjoy, but they’re usually not book-buying nuts like I am. People are afraid of getting me something I already have, which is fair. I do appreciate being given the freedom to pick and choose as well, but it would be neat to be gifted something someone specifically wants me to read.

At any rate, thank you for reading!