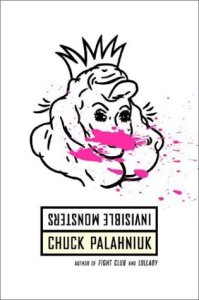 Invisible Monsters is a 1999 transgressive fiction novel by Chuck Palahniuk, and was his third novel published. The novel follows an unnamed, disfigured woman who also serves as the narrator. She travels across the United States and parts of Canada with Brandy Alexander, her glamorous transgender companion, who bestows upon her many aliases as they rip off wealthy open-houses for prescription drugs to sell. END_OF_DOCUMENT_TOKEN_TO_BE_REPLACED 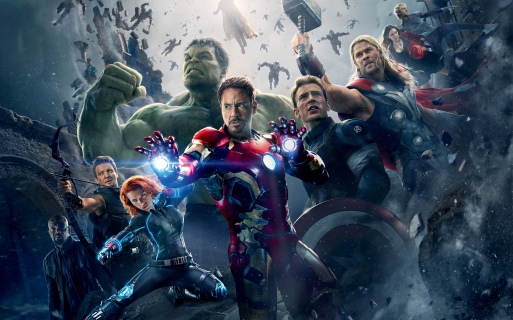 Avengers: Age of Ultron, directed by Joss Whedon, is the latest entry on the big screen for the Marvel Cinematic Universe (MCU). This is the second Avengers film, following the team of Thor (Chris Hemsworth), Iron Man (Robert Downey Jr.), Captain America (Chris Evans), Hawkeye (Jeremy Renner), Black Widow (Scarlett Johansson), and the Hulk (Mark Ruffalo). Wanting to create a world where their team is no longer necessary, Iron Man aka Tony Stark creates Ultron (James Spader), an artificial intelligence with the capacity to protect the world from another alien invasion (as seen in the first Avengers film). Ultron becomes too advanced too quickly, however, and only sees destruction as a viable option for “peace in our time.” END_OF_DOCUMENT_TOKEN_TO_BE_REPLACED

This past week I finished watching through season one of Daredevil, the Netflix series produced by Marvel Television. The series expands upon the Marvel Cinematic Universe (MCU), following Matt Murdock (Charlie Cox), an attorney in Hell’s Kitchen, New York City. Blinded as a child, Murdock developed extrasensory abilities that allow him to perform extraordinary feats despite his lack of sight. Fed up with how corrupt and dangerous his city can be, he became a masked vigilante to fight for justice when the system isn’t enough. END_OF_DOCUMENT_TOKEN_TO_BE_REPLACED

Seconds is a 2014 graphic novel by Bryan Lee O’Malley, well known as the author of the Scott Pilgrim series. The story follows Katie, a young woman in a transitional stage in her life. She is a talented chef who has worked at a successful restaurant —Seconds — for the past four years. Wanting to take her talents to greater heights, she currently works toward opening and co-owning her own restaurant. One night she is visited by a strange girl who gifts her the opportunity, in the form of a magic mushroom, to right her mistakes. As things start to fall apart on a particularly bad day Katie takes advantage of this gift, starting her down a path to not only make her life better, but perfect — disregarding the rules in the process. END_OF_DOCUMENT_TOKEN_TO_BE_REPLACED