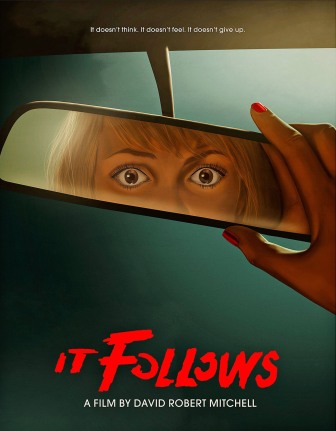 It Follows is a 2014 supernatural horror film, directed by David Robert Mitchell and starring Maika Monroe. The story follows Jay Height (Monroe), a girl who is pursued by a supernatural entity after having sexual relations with a boy while on a date. She quickly learns that the entity can take the form of any person — stranger or familiar — and will endlessly pursue her until it catches her, unless she passes the curse on to someone else by having sex with them.

I was both excited yet skeptical to see this movie. Trusted sources had praised it, and the creepy premise had a strong promise of tension, yet I wasn’t sure how it would all come together into an effective horror film. In an interview with Yahoo Movies, Mitchell himself is quoted as saying “When you say it out loud, it sounds like the worst thing ever,” which he realized while trying to describe the concept of the film during the creation process, which he found to be difficult. 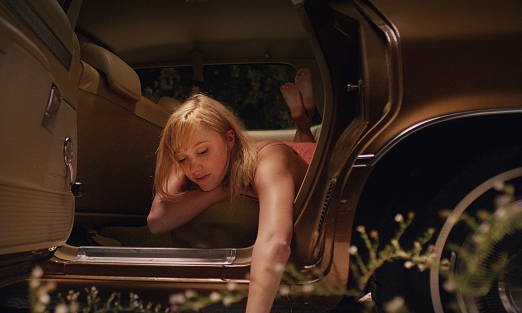 Despite all of this, the movie comes together in an impactful way, telling a tense and nightmarish story. The anxiety of the situation is palpable, as nobody in the background of any scene is free of suspicion once Jay is affected by the curse. There are a number of scenes shot in clever ways that appear to depict the entity slowly approaching in the background with Jay not realizing that it’s there, creating an atmosphere of almost constant paranoia.

What’s so effective about this is that these scenes are often shot the typical way an establishing shot would be, with a slow pan around a new setting. If the viewer pays attention, however, they can spot it in the background, plodding along ever-ominously toward Jay. The vagueness of the threat is equally as effective. A creature that looks like a normal person does not immediately convey something life-threatening, yet we know from the opening that the threat is very real. We don’t specifically know what will happen if it catches up to her, which only adds to the anxiety of the characters making sure that doesn’t happen.

The film relies heavily upon tension to produce its scares, rarely using jumps-scares as a means of affecting the audience. One notable scene does ride the line a little, but it presents it in such a muted and sudden way that it’s much more jarring. The entity often appears nude or dishevelled as well, which added unpleasantness that bordered a little on body horror for me.

The soundtrack adds an interesting 80s feel to the film, making it sound more like an old school horror film rather than something modern. The time period of the film is made to be rather nebulous in general. There’s nothing obvious to suggest that the film doesn’t take place in the modern day — especially since Jay’s friend Yara has a pocket e-reader — yet much of the technology is old fashioned, with CRT televisions abound with old movies always being played on them, and the absence of cell phones among the youthful cast. These factors help to make the film more timeless by avoiding tying the story’s aesthetics to a particular decade. It gives the sense that these happenings could have been going on at any time in the late 20th to early 21st century, rather than a fixed point.

It Follows didn’t blow me away, but it told a damn fine horror story that felt like a nightmare throughout. Characters feel simplified to more archetypical traits and others are noticeably absent throughout most of the story, which adds to this quality rather than taking anything away. I definitely recommend it to horror fans and casual viewers alike.

One thought on “Movie Review – It Follows”