Death comes to us all. When he came to Mort, he offered him a job.

Henceforth, Death is no longer going to be the end, merely the means to an end. It’s an offer Mort can’t refuse. As Death’s apprentice, he’ll have free board, use of the company horse – and being dead isn’t compulsory. It’s a dream job – until he discovers that it can be a killer on his love life… 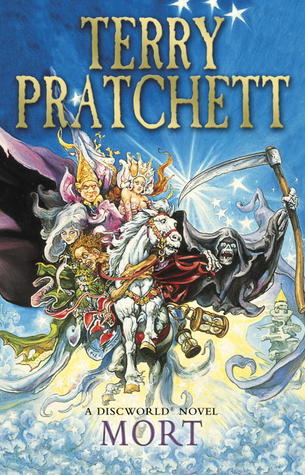 Death as a character in the Discworld series is someone who has always grabbed my attention. This dry, knowledgeable, humorously frank, and surprisingly compassionate grim reaper hung out at the fringes of the first three books, having brief yet memorable appearances. Mort is the first novel among a number that focuses specifically on Death: his concerns, his job, and his realm. This was a book I was dying to reach, held back only by my desire to read Terry Pratchett’s massive series in order. END_OF_DOCUMENT_TOKEN_TO_BE_REPLACED