Thrilled by his experience with the Avengers, Peter returns home, where he lives with his Aunt May, under the watchful eye of his new mentor Tony Stark, Peter tries to fall back into his normal daily routine – distracted by thoughts of proving himself to be more than just your friendly neighborhood Spider-Man – but when the Vulture emerges as a new villain, everything that Peter holds most important will be threatened. 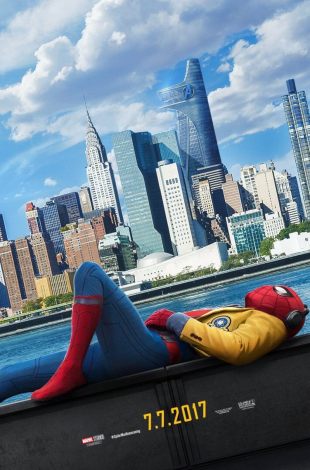 Spider-Man: Homecoming, directed by Jon Watts and starring Tom Holland, is the sixteenth and latest film in the Marvel Cinematic Universe (MCU). It is the second appearance of Spider-Man in the MCU, but his first feature. Once again we have a reboot of Spider-Man on film. It’s hard not to understand the cynicism around that, considering this is the second reboot in the span of a decade, and the third interpretation. Despite this, I’ve never felt that negatively about it. I love the character generally, his appearance in Captain America: Civil War last year was promising, and his joining the MCU pretty much guaranteed for me this film was going to be a unique take on him. END_OF_DOCUMENT_TOKEN_TO_BE_REPLACED