In a small town where everyone knows everyone, a peculiar incident starts a chain of events that leads to the disappearance of a child – which begins to tear at the fabric of an otherwise peaceful community. Dark government agencies and seemingly malevolent supernatural forces converge on the town while a few locals begin to understand that there’s more going on than meets the eye.

Set in Hawkins in the fall of 1984, the story continues as supernatural forces once again begin to affect the town. 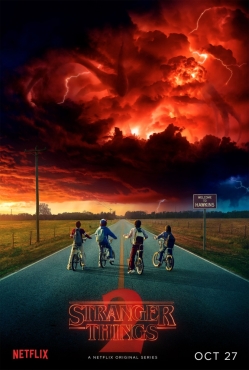 Stranger Things season two — or “Stranger Things 2” — is the second season of the supernatural drama series produced by Netflix, released on October 27, 2017. It came as a surprise to me that I didn’t actually review season one last year. I actually had to double check. Nevertheless, like many others, I was swept away by season one’s amazing cast, intriguing story, and nostalgic style. I was born in the 90s, so I’m not as emotionally attached to the 80s the way other people are, but a lot of it still resonated with me. Even if I wasn’t as into Stephen King books or Spielberg movies when I was a kid, the themes, concepts, and even just window dressing populated the media of my childhood.

Returning with season two, a lot of the elements in the show remained strong. The cast of kids — Mike (Finn Wolfhard), Will (Noah Schnapp), Lucas (Caleb McLaughlin), Dustin (Gaten Matarazzo) and Eleven (Millie Bobby Brown) — are some of the best young actors I’ve seen. As characters they’re written believably as kids, and the actors really brought the script to life with their performances. Max (Sadie Sink), the newcomer to their group this season, was a welcome addition to the cast, playing a new kid in town reluctant to come out of her shell to these prospective friends. A particular amount of attention was paid to her this season along with Lucas and Dustin, who both showed boyish romantic interest in her.

The events of this season were split into a number of different directions. At their core, they dealt with the fallout of the previous season, which I liked for the most part. A more imposing, insidious entity eventually dubbed “the Mind Flayer” haunts Will in all-too-real flashbacks he’s been having to the Upside Down, much to the worry of his mother Joyce (Winona Ryder) and Chief Jim Hopper (David Harbour). Meanwhile, Dustin discovers a strange “pollywog” in his trash bin, which behaves like no other animal seen on Earth before. The latter I enjoyed as a subversion of an E.T. type of story, which didn’t take long for things to go off the rails. Lastly, Nancy (Natalia Dyer), still torn up about the death of her friend Barb (Shannon Purser), wants justice against Hawkins lab, causing friction between her and Steve (Joe Keery), who wants to relent and move on. Each storyline was compelling in its own way and consistently had me hooked.

A problem I had with this season was the way everything came together. The first six episodes of the season were greatly done, pretty much on par with the best stuff we’ve seen in season one, but the final three became noticeably weaker. Episode seven was especially predictable (I actively foresaw its conclusion several beats ahead of time), and drifted wildly in terms of setting and tone. The final two episodes, while possessing some standout moments and sequences, had story beats that were just too neat for me. Ultimately, these episodes were just fine, when up until that point the season had been great.

Whether subplots were directly related or not, all roads led back to the Mind Flayer too, and while it was a threat that demanded a lot of attention, this also resulted in a lot of characters congregating together. A good job was done of giving everybody something important to do, but for most of the characters this served as a utility to their situation rather than giving them a chance to grow or change any further. After episode six it became apparent, other than some nods here and there, that most of the characters had received all the development they were going to get.

I was particularly disappointed with the new relationship between Hopper — who is still among my favourite characters in the series — and Eleven. It was revealed in the first episode she has been in hiding under his care for nearly a year. While they did have some good scenes together and I love the idea of the two of them having a surrogate father/daughter relationship, it’s something that quickly got sidelined as they both became wrapped up in separate plotlines. This made the development they eventually end up going through feel unearned. While necessary in its own clunky way, Eleven’s journey (which she undertook separately from the rest of the cast) felt a little out of place during its last legs too. They’re both great characters and I especially think their dynamic could work really well, but these elements simply did not coalesce that well with the rest of the story this season. 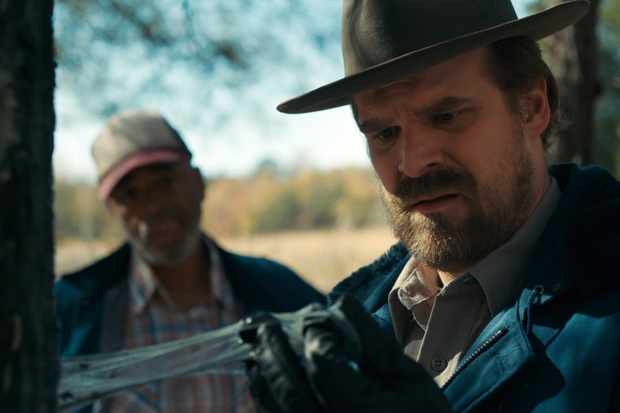 My criticisms notwithstanding, I think Stranger Things 2 is worthy successor to the first season, with the characters remaining the series’ core strength. They were consistently a joy to watch on screen, particularly Dustin, Lucas, and Max this season, personally. The storyline was still intriguing to watch unfold too, with many nail-biting moments. Definitely check this season out if you enjoyed the first one.