A Weyland-Yutani crew investigates an unmarked vessel in high orbit containing a team in cryogenic sleep, a ship in ruins, and parasitic monsters waiting to attack. 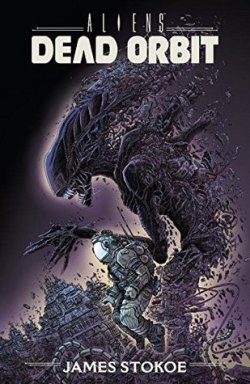 Aliens: Dead Orbit is a newly released trade paperback (April 3, 2018), collecting all four issues of the miniseries of the same name. Story, art, and lettering are by James Stokoe. I’ve been a big Aliens fan for most of my life, so when I first heard buzz about this book over half a year ago I decided to jump on the opportunity to read another good story in the franchise when it became available. While there are a lot of comic books written about the Xenomorph—the fan name for the titular alien creatures featured within—this book is completely standalone. Though some prior experience with the franchise may help with understanding the context of some background details, this could be someone’s first experience with the franchise entirely. END_OF_DOCUMENT_TOKEN_TO_BE_REPLACED