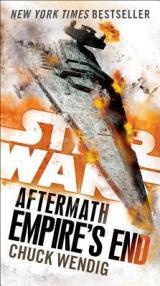 I’ve finally started reading Aftermath: Empire’s End by Chuck Wendig, the final book in the Star Wars: Aftermath trilogy. I’m only a little over 50 pages into it, so it has only set the stage for where the story is going so far. Though in a vague sense I know where this book is going because of my impulses to research Star Wars, I’m pretty hooked already as one of the more responsible characters acted surprisingly rashly, putting her and a companion in tough stop in one of the forgotten little corners of the galaxy—the planet Jakku. Considering the characters find themselves on that planet so soon I’m really curious about what will develop there, since surely the inevitable battle (the remains of which can be seen in The Force Awakens) will not happen until late in the book. 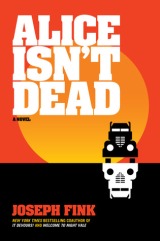 Over the weekend I finished reading Alice Isn’t Dead by Joseph Fink. Please check out my review here! I liked the book, it’s certainly more refined in certain areas than the podcast it is adapting, but unfortunately it read a little too much like and abridged version of the story. I understand removing the episodic adventures that do not serve the plotline, but in trimming things down a lot of the slower, more intimate character moments got lost along the way too. It felt like things happened too quickly by the end, glossed over in the narration without much engagement with what the characters were doing. For those intrigued by the premise of oddities and horrors encountered on the highways of America I do recommend it though. It’s got its faults that keep me from really loving it, but it’s a solid story. 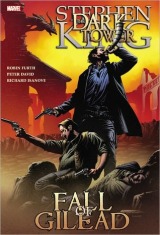 I also read Fall of Gilead by Robin Furth et al, the fourth volume of the prequel comic books to the series The Dark Tower by Stephen King. Now this is what I’d been hoping for from these comics, giving me a closer look at events only hinted at or briefly mentioned in the books. Gilead indeed falls, but I enjoyed the valiant efforts of our characters and the tragic extent that the ill influence of John Farson had infected the city’s walls. One slightly unfortunate thing this book made me realize is these comic books came out before The Wind Through the Keyhole by Stephen King. That book takes place between books four and five of the main series, but it came out after the series had ended. So, certain events in Fall of Gilead are contradicted by The Wind Through the Keyhole, which I must concede takes canonical importance over these comics. 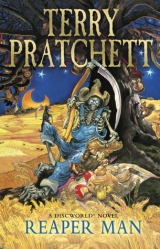 Having everything laid out and planned for the rest of the year, the next book I’m going to read shall be Reaper Man by Terry Pratchett. This year has been rather disappointing as far as keeping up with reading the Discworld series. I set a good pace when I started in 2016, which I built upon last year. When I’ve finished Reaper Man I will only have read two this year, which isn’t even half of the number of books I read last year. 2019 will have to be a resurgence.