Last night I started reading Reaper Man by Terry Pratchett, though I’m only about 25 pages in so far. Auditors of reality have deemed the Death of the Discworld to have developed too much of a personality, which they view as an issue for an anthropomorphic personification meant to perform an important function in the physical world. As such Azrael, a being who seems to oversee Death, has given him his own timer that counts down to his end. Death shall die, and though the prospect is grim, it’s fascinating to see his initial jubilation. He has time now, and he means to spend it like anything else with life. I love how this ties into aspects of his character explored in his first book, Mort, and I’m excited to see where his story goes. Discworld is great all around, but I especially love the Death books.

The other night I finished reading Aftermath: Empire’s End by Chuck Wendig. Check out my full review here! I liked this book, there were some good twists and turns for the characters and some solid action. I especially liked that while the story does take us to different worlds characters were more cemented in one place. It gave a sense of gravity to their situation. It was the end of the line, for better or worse. Something about this book just left me a little underwhelmed though, despite my enjoyment. I don’t know if it’s the fact that one of the lead characters just never clicked with me or that the book has to reckon with so many different perspectives in one novel to tie events together. I still liked it, I just can’t help feeling ambivalent that it’s all over. 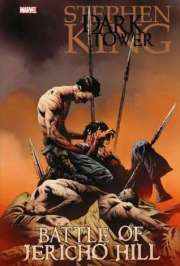 I also completed the final prequel graphic novel to The Dark Tower, which is Battle of Jericho Hill by Robin Furth et al. The art continued to be wonderful and it was as atmospheric as ever, but now that I’m done I’m not so sure I wanted these prequels, at least in the form they’ve taken. For one, they don’t really coalesce with the books. The way John Farson and Marten Broadclock are so doggedly trying to kill Roland and his companions I wonder why he’s left largely alone in the novels. On reflection I’m not so sure these were a good idea, since what they’ve mostly done by the end is spoil some of the mystique to Roland’s past and how he ended up alone, rather than creating something that flows perfectly into the story I already know. 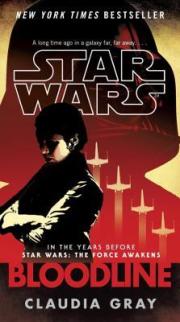 The final novel I have planned to read for this year is Bloodline by Claudia Gray, which is a standalone Star Wars novel following Leia decades after Return of the Jedi at a time of a lot of political turmoil in the New Republic and a growing threat at the fringes of the galaxy. I’ve also heard that some of it deals with Leia coming to grips with Darth Vader being her father, which I’m excited to see some insight in to. To be honest, part of why I pushed myself to read the Aftermath trilogy was that I wanted to have them done as a primer just for this book. It is especially well-received among new Star Wars books and I’m hopeful my expectations have not set me up for disappointment.