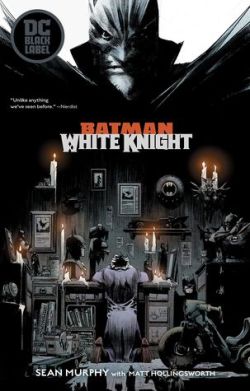 Written and illustrated by Sean Murphy, Batman: White Knight is a standalone miniseries outside of the mainline DC comics continuity. Following a destructive chase through the streets of Gotham, Batman is filmed brutalizing the Joker while dozens of GCPD officers look on. The footage goes viral, casting the caped crusader and the complacent police force in a negative light. Following this, the Joker has begun taking an unknown medication that “cures” him of his insanity, making him Jack Napier once again. While not blind to his crimes committed as the Joker, Jack sees Batman as the real villain plaguing Gotham City, his vigilante crusade doing more harm than good. He sets out to make the city a better place by exposing all the bad that comes with how Batman operates, leading the public to no longer tolerate their dark knight. END_OF_DOCUMENT_TOKEN_TO_BE_REPLACED