WWW Wednesday is a weekly book meme run by Sam over at Taking on a World of Words. Check out her post and others over on her blog! Feel free to leave a link to your own down below as well.

I’ve read a little bit more of On Earth As It Is In Hell by Brian Hodge since last week, but admittedly it has not been very much. What I have read has begun to flesh out the predicament Hellboy and company are in a little more clearly though, which I’m continuing to find interesting. In a nutshell, a rogue element of the Roman Catholic Church has been using dark rituals to summon demons and the dead to inflict punishments and interrogations upon them in the name of the church, but in meddling in such forces they have become heretical. This faction has apparently found a way to summon seraphim, and is directing them to try and destroy an ancient document that challenges widely held truths to Christianity, which the BPRD is now tasked with protecting. 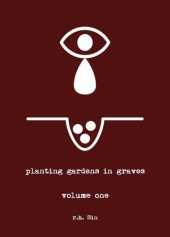 Late last week I finished reading Planting Gardens in Graves by R. H. Sin. In a number of ways I really did enjoy reading this collection of poems. I liked the little rhythm I got into as I went along, but the content of a the poems themselves left a lot to be desired. I think there’s a lot of ground to cover with the idea of investing feelings in the wrong people in life, but his poems typically manifested this sentiment in one of three ways: women are wronged by men in relationships, the poet is wronged by unappreciative women, or men generally don’t appreciate women. An unfortunately narrow set of viewpoints that seemed to dominate the collection.

I also read through The Amazing Screw-On Head and Other Curious Objects by Mike Mignola over the weekend. I loved this book a lot more than I was expecting, especially the story featured in the title. “The Amazing Screw-On Head” is a tongue-in-cheek pulpy story about an android who serves President Lincoln and is charged, time and again, with saving the world. It was brimming with humour, yet played itself straight at the same time. Other stories in the collection took on a similar tone as well, while “The Magician and the Snake” was great to revisit, a tale that continued to be perfectly brief and poignant. The book is mostly just a collection of curious story ideas Mignola has had, but they were such fun to read. You really can be most surprised from unexpected places.

I’ve been visiting family for the past several days, so I must say I’ve given little to no thought on what I plan to read next. I promise that once I do make up my mind you’ll be the first to hear about it.