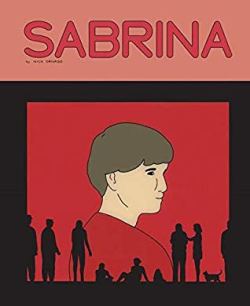 Sabrina is a 2018 fiction graphic novel by Nick Drnaso, and the first ever graphic novel to make it to the longlist for the Man Booker prize. A young woman named Sabrina Gallo goes missing in Chicago, leaving her family and boyfriend, Teddy, distraught. After a month with no sign of Sabrina, her sister Sandra struggles to cope, while a grieving Teddy goes to stay with his friend Calvin in Colorado. Not long after this, VHS tapes are released to the media depicting Sabrina’s murder. The killer is identified as Timmy Yancey, who is found to have killed himself in his home after sending out the tapes. As the atrocity goes through the 24-hour news cycle and the video surfaces online the situation devolves into rampant speculation about what really happened and harassment of those associated with the victim. END_OF_DOCUMENT_TOKEN_TO_BE_REPLACED