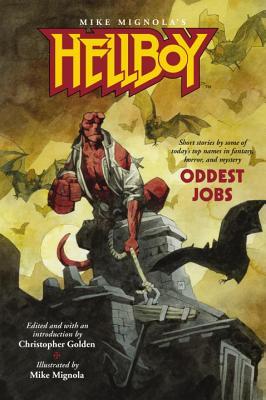 I’ve started reading Hellboy: Oddest Jobs, the third anthology of stories set in the world of Hellboy and edited by Christopher Golden. After a lot of humming and hawing, I decided to make this the only book I’m reading at the moment. It took a bit of time for my reading to gain some momentum, though I’m sitting at nearly 40% of the way through, and I’d like to no linger on this book too long. So far it’s done a great job of living up to the “odd jobs” moniker, especially the first story by Joe R. Lansdale, which had Hellboy and a weird preacher combating a spectral train that was snatching up entire town-fulls of people. They literally fight a train, and its source, and its much weirder than it simply being a ghost train. 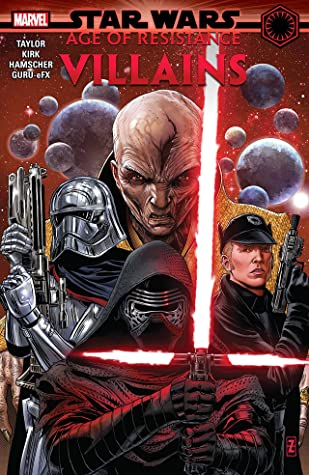 I’ve officially finished reading through all of the “Age of” Star Wars comic books. Last night I read through Star Wars: Age of Resistance – Villains by Tom Taylor et al, telling stories about the villains of the sequel trilogy. The book was of about the same middling quality as the rest of these books, which isn’t really to knock it, they’re just not that remarkable. They’re filler stories, so there’s not much to be expected other than a bit of fun. I suppose I was hoping for a little more from the Age of Resistance books, though, as I want more expanded media tied to those films/characters. For what it’s worth, I did particularly enjoy Phasma and Kylo Ren’s stories, as they offered a bit of a look at the First Order’s conquest of worlds in the Unknown Regions of the galaxy.

Probably unsurprisingly, I’m not 100% what book I’d like to start next. There’s an ARC that I’ve been eyeballing that I might start, but I think I want to test the water before I commit to reading all the way through it. Just a feeling, not based on anything too concrete as of yet. Since I will have read two collections in a row after Oddest Jobs, I’m thinking it should just be a more straightforward novel. I’m considering To Be Taught, if Fortunate by Becky Chambers or The Song of Achilles by Madeline Miller, but I’m really just grasping at the straws from my to-read list that I feel most interested in.