Last night I got a little further along in Milk and Honey by Rupi Kaur, reading through the section of poems called “the loving.” It was enjoyably sentimental, sensual, and positive in contrast to the previous section, which dealt with pain and mistreatment. I don’t have much else to say about it other than I’m continuing to actively enjoy these poems, which is nice.

Since last week I’ve gotten much further along in The Last Continent by Terry Pratchett as well, thanks to my schedule being a lot freer than I was expecting it to be. I would have preferred I have it finished by now, but I wanted to make sure I got my review of We Were Liars finally posted. I’ve not mentioned before, but this book is very much another novel exploring the world cultures of the Discworld, invariably parodying something in our world (in this case Australia and Australian culture), but this time around it’s resonating with me a lot more for some reason. Rincewind and the Wizards have been on bizarre respective journeys, and while I still can’t tell where it’s leading over 80% of the way into the book, I’m eager to find out.

Over the weekend I decided to read Spiritfarer, The Artbook by Thunder Lotus Games, which is an art book put together by the development team behind the video game Spiritfarer. I just recently finished playing it, and I’m really surprised at the emotional impact it had on me. In it, you play as Stella, whose new job is to ferry spirits from a strange spiritual world to the afterlife, helping them move on in the process. I knew it would deal with death and grief going in, but it made me cry a lot more than I was expecting. I bought this ebook as a sort of thank you for the experience, and it included lovely illustrations and earlier concept art behind the characters I’ve gotten to know so well and unveiled more of their backstories. 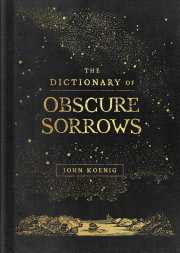 Once again, I still intend to start A Black and Endless Sky by Matthew Lyons next, and it’s only a matter of time now since I’m so close to finishing The Last Continent. I have thoughts about some supplemental reads bouncing around in my head too, though, since I’m worried about staying on top of my reading this year. It’s a toss up between The Dictionary of Obscure Sorrows by John Koenig and The Field Guide to Dumb Birds of North America by Matt Kracht. The former is newer and will likely be more thought provoking, but the latter I’ve had longer and I expect to be fun and light, especially since I’ve actually gotten a little more familiar with local birds. We’ll see if I make a decision over the next week or not. I should probably finish Milk and Honey first.