I’m now at 131 pages in Sleeping Giants by Sylvain Neuvel, and I’m enjoying it a lot. I didn’t get to read it as much over the last few days as I would’ve liked, but I wanted to finish writing a review finally. I should have that up soon. Anyway, Sleeping Giants is a lot of fun. I love how the story is taking its time slowly piecing together this giant robot, rather than rushing into something more formulaic. The cast is really strong, but after the last few chapters I’ve read I’m becoming especially intrigued by the nameless, enigmatic interviewer, who—perhaps unsurprisingly—seems to be manipulating developments even further than he is letting on. Or maybe I’m just being paranoid. I’m enjoying the sprinkling of politics too, highlighting how trying to covertly search for advanced tech like this buried all around the globe without causing an international incident would be a Herculean task. 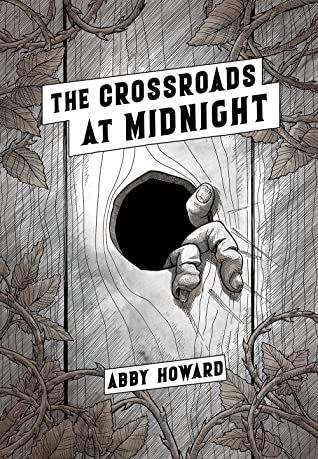 Over the weekend I managed to finish The Crossroads at Midnight by Abby Howard, which has now become another favourite horror collection. This collection really was something special, not a single story felt lacking or lesser than the rest, though I do have a favourite among them. “Our Lake Monster” was such a great play on the typical “a kid and their blank” type of story, this one about a family who used to tour a lake monster from their property around before it became too big. One of the daughters feels she has a bond with the creature and that the rest of her family just doesn’t understand it like she does. Another, “Mattress, Used”, will haunt me for a while. Really got under my skin.

I’m not sure what I want to read next, only that I want to focus more attention on my yearly list of 12 books, since it has been sorely neglected in 2022 thus far. So far, I think it’s a toss up between Son of a Trickster by Eden Robinson and Springfield Confidential by Mike Reiss. The former is an author I haven’t read in a long time, so it’ll be nice to give another one of her books a look, and the latter is nonfiction about writing for The Simpsons. I couldn’t get enough of the early seasons growing up, and I’m hoping the book will be more about those than the last 20 years of newer stuff.