The year has come to a close, and as I’ve done in years before here is my personal top five list of books I read in 2016. Some of these came out in 2016, but this list considers all books I read in the year, regardless of when they were published. I’m proud to say I’ve read more books of my own initiative this year than ever before, which I hope to surpass in the new year ahead. END_OF_DOCUMENT_TOKEN_TO_BE_REPLACED 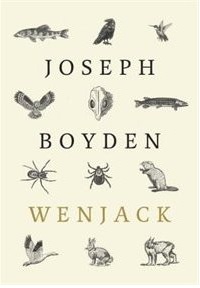 Though a rather small, unassuming book that took me a short amount of time to read, Wenjack by Joseph Boyden conveyed a story that will stay with me forever. Its brevity is swallowed by its poignancy, carrying with it a great weight in contrast to its size. This weight comes from the tragic history of displacement, death, abuse, and what Boyden calls “an attempted cultural genocide” suffered by the First Nations, Inuit, and Métis people of Canada. This was suffered at the hands of the Canadian Indian residential school system, which from the 1870s to 1996 had more than 150,000 Indigenous children over seven generations removed from their families with the intention of assimilating them into the dominant Canadian culture. END_OF_DOCUMENT_TOKEN_TO_BE_REPLACED