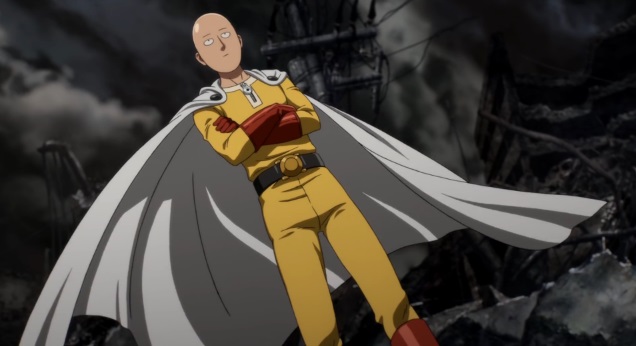 Growing up, I never had a strong affinity for Superman. I hadn’t read any of the comic books, and only had a passing experience with the cartoon, but my father’s dismissal of the character for being “too powerful” and therefore “boring” turned my interest away from him for a long time. Having become much better versed in Superman stories, however, I have turned this around.

The complaint of a character being “too powerful to be interesting,” is still one that is very common. I do understand the complaint, since a story with an overpowered hero who faces little to no adversity could be quite boring. I’m sure there are countless stories that fit this mold. However, this seems to have created a stigma that if a character is very powerful they cannot be interesting.

The problem I have with this mentality is that what’s being done wrong isn’t the character and their powers, but the story you’re telling about them. Recently, I finished watching the entire first season of One-Punch Man, an anime about a superhero who is powerful enough to defeat any foe with just one punch. The show is a parody of other young adult action series, as well as the superhero genre, stretching the concept of super strength to the most extreme.

I found it hilarious to watch Saitama, the overpowered protagonist, mop the floor with various stereotypical villains and monsters, all the while having a mellow attitude. Villains ramble and boast with all of the overblown flare common to anime, which would normally precede a drawn out fight, only to be pulverized immediately. I loved it, but I was also cautious, wondering how long they were going to tell the same joke before it got old.

The greatness of the series was that it never did get old. The reason for this is that the narrative develops in a way that the actual physical fights are not what really matters to the story. The kicker to Saitama’s situation is two-fold: he’s so powerful he no longer feels a rush of excitement when fighting, and nobody knows who he is. The latter is especially important. Although he is not vain, he does lament being unknown despite all he has accomplished. After discovering a hero community, he strives to rise in its ranks.

Recognition and reputation are hard to come by, however, as this Hero Association’s screening process under-ranks him and his strength is so unbelievable that people start to believe he is a fraud, spreading rumours that he steals credit from other heroes and cheats. The tension comes from his struggle for recognition, rather than simply the fights he engages in. In many circumstances he fights phenomenal foes but nobody is there to witness it, making his pursuit more difficult. As a viewer we are engaged by the context of the situation, even though we can expect he will win the physical battle with ease.

Considering a story’s merits based on a character’s level of power alone is a rather shallow approach. Although a parody, One-Punch Man provides a great example that is universal for the superhero genre, and others related: a character’s power is not as important as the story you tell around them. It doesn’t matter if a character is god-like, enhanced, or just an exceptional person.

Judging on such narrow parameters just seems so closed-minded to me now. Though compelling in its own way, there should be more to one’s expectations of a story than how interesting the physical fights will be. There is a context where the complaint of being overpowered is justified, but I don’t feel the characters who receive the most flack for this, like Superman, deserve it.