Batman v Superman: Dawn of Justice, directed by Zack Snyder, is the highly anticipated follow-up to 2013’s Man of Steel. Starring Ben Affleck as Batman and Henry Cavill as Superman, the movie deals with the consequences of Superman becoming an active presence as a hero in the world. Following the events of the previous film, many view him as a bastion of hope — a saviour — while others are wary and fearful of him. Batman in particular, who has had a long vigilante career in Gotham City, blames Superman for the massive casualties in Metropolis during Man of Steel and does not trust that the world is safe from his power.

The reception of the film thus far has been rather polarized. According to Rotten Tomatoes, fans are pleased with it, but critics do not like it much at all. It’s a contentious topic to say the least, and I’ve got some strong opinions about the film. I do agree that there are elements to the story that don’t hold ground because of some glaring problems, but I also feel the movie is deserving of a lot more critical praise than it has been receiving.

Firstly, without even having watched much of the trailers I had a good idea of what the story was going to be. I was optimistic, however, because knowing the likely direction the movie was going to take says nothing about how it is actually executed. For the most part, many components of the story were executed excellently. While Man of Steel was criticized for depicting massive amounts of destruction in the wake of Superman’s battle with General Zod, the hero making little effort to prevent any of it, this film cleverly plays into that by making it the focal point for a lot of the controversy around Superman.

Jesse Eisenberg plays a surprisingly good Lex Luthor, the young business mogul and villain of the story who adds continued pressure to the question of Superman’s accountability. While I was skeptical of him in the role, he presented a compellingly manic energy that stemmed from the character’s genius and overwhelming ego, which is what put him at odds with Superman. Lex views the hero’s all-around superiority as a threat to his own sense of power.

Ben Affleck gives a great performance as a veteran Batman/Bruce Wayne. Though still in the thick of his vigilante crusade, Batman is feeling the weight of nearly two decades fighting crime. As such an iconic character, another origin story isn’t really necessary, which this movie demonstrated well. It does linger a little on the loss of his parents — though this is used with narrative relevance I greatly appreciated — indicating that it is a trauma he hasn’t gotten over. This depiction of Batman to me feels like a good halfway point between Tim Burton’s more cartoony, gothic depiction and Christopher Nolan’s hyper-realistic one.

I found this Batman to be a more unique interpretation of the character. As far as I know a story has not been done where he has so many years of experience as a hero, but Superman is still young and new to the public eye. It helps to justify the more fearful, mistrusting attitude he has towards such a powerful figure destructively coming onto the scene. He’s not a naïve young vigilante, but worn down and a little jaded with his commitment to fighting criminals, which he equates at one point to dealing with weeds. Without dwelling on it, we see he is haunted by losses he has suffered during his long career. As a result he can only see Superman as a disaster waiting to happen.

This is where a big problem I had with the movie comes into play. I think all of these factors with Batman are great, but ultimately, he’s an antagonist. He’s not bad, but his endeavours are actively against Superman, who is misunderstood and framed for actions he has not committed. Snyder seems to have been so in love with Batman’s presence in the film that he forgot it’s following up a Superman movie. His character is neglected severely as a result. Part way through I had to remind myself that it wasn’t about Batman fighting a bad Superman, but about Batman thinking Superman is bad. 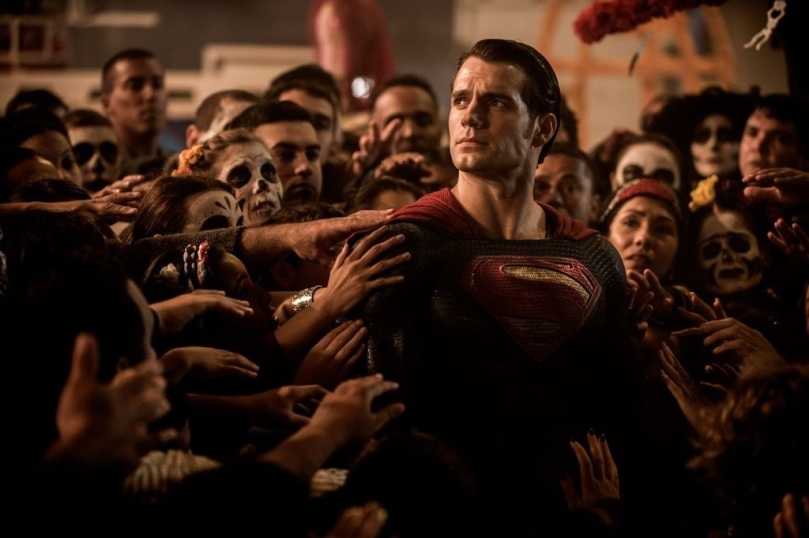 It’s not completely flawed. I found it noteworthy that we only really ever see Superman saving people in peril, not specifically combating criminals. This does stand as a good counter to the misunderstanding Batman has about him, which I liked. However, there is no balance in perspective, which was sorely needed. We do not see nearly as many personal scenes involving Superman dealing with the fact he is now so controversial, even though he is only trying to do good in the world. In the scenes that do he is more spoken at by other characters than engaged with what they’re talking about.

As Clark Kent he begins trying to expose Batman as a danger too, which does offer some interesting moments, but again, this is given so little attention by comparison that it becomes an afterthought. I would have appreciated scenes where Clark is researching Batman’s past, for example, to better establish Superman’s own arc in how he views him.

I think Henry Cavill is a fine Superman, but with a few exceptions he is given nothing interesting to do with the character. He is central to the entire plot of the story, yet he’s there more as a presence than anything else. I feel developing him as a character was crucial to making this movie something truly special, but the neglect on this front stopped it from hitting the mark.

Other than this, which I do find held the film back considerably, I didn’t really dislike anything else. It’s still a solid movie, just not as great as it could have been. I’ve encountered a lot of criticism targeting the action sequences, but I found them all enjoyable to watch, never feeling too over-indulgent. Others I’ve heard call the story incoherent, but it’s rather straightforward, just with more than a couple angles to it.

While being a darker, more grounded representation of the characters, it still manages to be one of the most noticeably “comic booky” superhero films I’ve seen in quite a while, which helps with the extended universe this film planted seeds for. Despite the relatively small part she played, Wonder Woman (Gal Gadot) was fantastic. She had the right amount of mystique, confidence, and fighting ability to actually steal some of the limelight from the two titular characters, leaving me feeling good about this extended universe’s future.

Batman v Superman is a little anomalous in the superhero genre, because we’ve never really seen a “Versus” film before. That is, the coming together of two icons to fight against one another, neither meant to be too much of a focus over the other. It was an ambitious endeavour that brought something a little different to the table, but it had a flawed execution. The movie managed to spectacularly deliver on a lot of things, but it also failed to deliver in a place that counts for a lot. It seemed to be more interested in Superman as a concept than as a character, creating an imbalance between the two sides.  This is not absolute damning criticism; Superman’s notoriety as a paragon of heroism is well known. If Batman can work thanks to viewers’ existing understanding of him, then so can Superman. I just feel that this shortcoming prevented a good superhero movie from being a great one, and I think the clash of two icons such as these needed to be great.