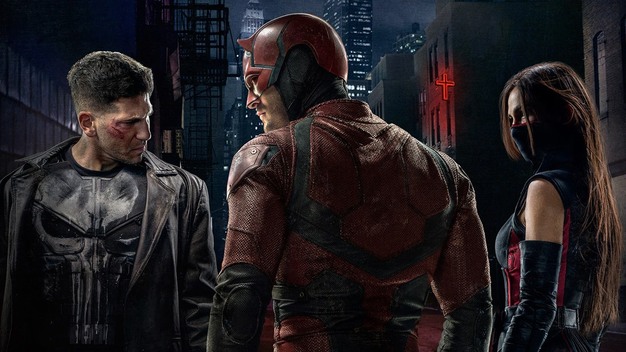 Set in the Marvel Cinematic Universe (MCU), Daredevil season two continues the story of Matt Murdock (Charlie Cox), a blind lawyer who fights crime as the hero Daredevil in the Hell’s Kitchen neighbourhood of Manhattan, New York City. This season sees him crossing paths with Frank Castle (Jon Bernthal), a lethal vigilante that goes by the name The Punisher, as well as the return of Matt’s former lover Elektra Natchios (Élodie Yung), who was only briefly mentioned in season one.

I’ve heard criticism for the first season in the year since it came out, discussing how it dragged on a little too much and certain characters didn’t quite hit the mark, among other things. While I feel more positively about it than those critics, its weaknesses became more apparent to me as I watched season two. Not without its own problems, the second season of Daredevil presents a great story that builds upon what was established in season one, taking the show to greater heights.

The story progresses in such a way that it has smaller, segmented arcs, with everything still flowing together quite nicely. This more segmented structure allows them to explore more story angles without having too much going on at once. Elements do not feel too separated, however, as plotlines conflict with one another, pulling Matt and others in various directions.

At the midpoint of the season, there were two big conflicting storylines that demanded Matt’s attention, but he wasn’t in a position where he could realistically deal with both. This was an especially high point in the season for me, where what could have been “too much going on” worked in the show’s favour. I was equally as interested in both situations, wishing he somehow could address both, yet understanding that that would be impossible.

While I loved the cast before now, this season refined them in a noticeable way. Almost everyone is pushed hard, finding themselves in compromising positions that force them to either grow or crumble under the pressure. Karen continued to be a strong presence in the series, which I was happy to see, and Foggy became an especially more interesting character this season.

Jon Bernthal portrayed The Punisher fantastically, the series making the most interesting version of the character I’ve seen. He butts heads with the ideology of Daredevil perfectly. While I personally want to side with Daredevil, at I primal level I understand Punisher’s ruthless approach to dealing with criminals. Daredevil’s arguments against him also expose some of the hypocrisy in his own actions, as he takes much of the same laws into his own hands. This is the type of setting The Punisher is meant for: taking the action hero cliché that he is and applying it to a world where vigilante justice and superheroism is more commonplace, compromising these ideals in the process.

Matt and Elektra’s chemistry is palpable as well. It’s easy to see why the two are so attracted to one another, but at the same time they’re terrible for one another. Elektra walks finely along the moral line, where she could easily become a force for good or a force for bad, and it’s evident how difficult this is for her. While I know she is a big part of Daredevil’s history as a character, I was a lot less interested in her going into this season. As the season progressed my mind was quickly changed. 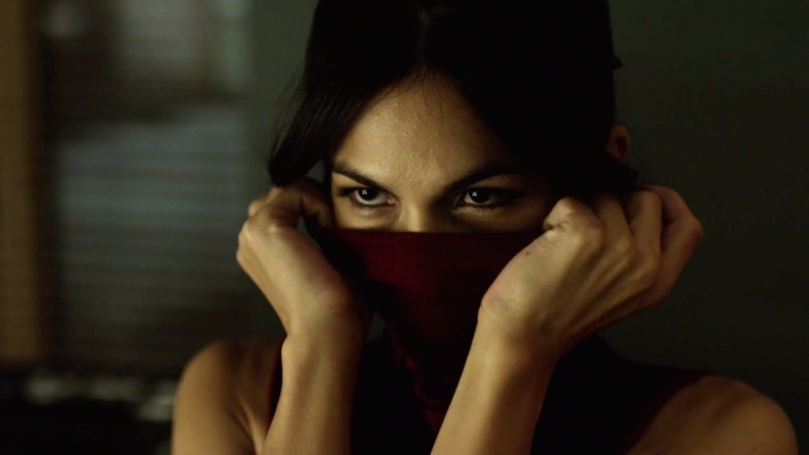 The only particular weak point for me this season was with The Hand — the clan of ninjas seen in some promotional materials. I won’t go into much more detail than that about them, but the problem I had came from a lack of understanding. They’re awesome to see engaged in combat with Daredevil, and a lot of strange, cultist things are going on that make me eager for more info. However, at no point did I have a strong enough understanding of the stakes, what they wanted, and why. This dissolved some of the tension for me, leaving me more confused at times when I should have been more invested.

Weaker points aside, Daredevil season two is a great continuation that builds upon its predecessor, maintaining the quality we’ve come to expect from the MCU Netflix series we’ve seen thus far. The characters and story are great, and the action is just as blood pumping as before — of note, we are treated to another great continuous shot done like the “hallway” fight sequence in season one. I continue to highly recommend this series for anyone interested in street-level superhero stories.