At this point, there’s no denying how much we seem to love side-stories and prequels to series and franchises we know and love. Whether it is Better Call Saul spinning off from Breaking Bad, The Wind Through the Keyhole filling a gap between books in the Dark Tower series, or Fantastic Beasts and Where to Find Them giving us background on the world of Harry Potter, it would seem we can’t get enough.

I’m personally fine with them, for the same reasons as many others: we get to spend more time in these worlds with these characters. What does sometimes bother me though is a side-story that seems to exist for its own sake. The importance of a prequel or side-story to me is that it adds something. Most the time the main series works as a cohesive story all on its own, so a side-story had best add something that expands my understanding of what was going on and who these characters were, or explore a detail in the world that was a smaller piece of the big picture.

I’ve been thinking most about this lately in relation to the new expanded Star Wars fiction I have been reading. Specifically, the two comic book series by Marvel Comics right now: Star Wars and Darth Vader. The latter, which I reviewed volume one of previously, was a pleasant surprise for me. Both series take place after Star Wars: A New Hope, filling the gap between it and The Empire Strikes Back. Having now read Skywalker Strikes, the first volume of the concurrently running Star Wars series, I noticed a big contrast between the two.

Darth Vader was always a very monolithic character in the original trilogy of films. Since much is about Luke redeeming him we know there is something tragic to him as a character, but it was never explored in those films. I really like Darth Vader because it maintains his status as a powerful enforcer of the Empire, but we see him in his personal moments, where the humanity that still dwells within him sometimes surfaces. Much gets tied to his past and events in the prequel trilogy as well. Although those films are problematic for the franchise as whole, these details are incorporated in a way that makes him more than just an imposing figure and we better understand his actions and motivations in the second film. 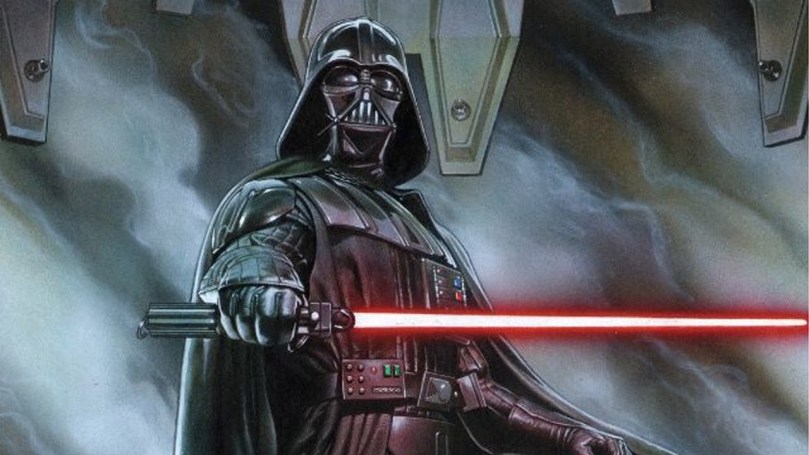 The book also addresses a very real issue that I hadn’t considered before, nor was it really addressed in the films: who takes the blame for the Death Star’s destruction? Vader was in a position of greater power in Empire, so it appeared he didn’t suffer fault for it, when realistically he should have. He was the sole survivor and he failed to stop Luke. This series explores that in a compelling way. While we don’t need it for the story of the original trilogy to make sense, it provides information that expands our understanding of him as a character and the consequences of a major plot point.

Star Wars, following the cast of heroes from the films, just doesn’t add that much for me. The writing isn’t bad, the art captures the look of the characters and universe well, but I’m not getting anything out of it. Seeds are being planted for the romance between Han and Leia, and Luke is trying to learn more about how to be a Jedi, but I know that neither of these things will bear significant fruit. These issues aren’t resolved until Empire, so nothing has managed to hook me thus far, making me say “This is why I need to read this series.” They’re simply going about Rebel escapades, which was fun to read, but I already knew as much from the films. They aren’t going to grow as characters in the way that they need to, because that would contradict the story that eventually follows.

With the amount of new Star Wars series, movies, comics, and books coming out this is something I will continue to be wary of, but I’m hopeful that many of these will constructively expand the universe. The upcoming Star Wars: Rogue One film looks like it fits this mold for me perfectly, as it introduces new characters and deals with a small yet major plot detail that has a lot of potential for storytelling.