Well here we are a month later, and honestly I’m a little disappointed in myself for not having written any other blog posts since the last one. I did promise another one of these however, so here we are!

Speaking of my last post, I cannot believe I forgot to mention Moving Pictures by Terry Pratchett. Shame on me! It was right there in the photo, at any rate. It’s the next book I need to get to in my read-through of the entire Discworld series; I just hope I can enjoy it in its own right because right now I only see it as a stepping stone to reaching Reaper Man.

I’ll soon start an [ir]regular series of blog posts I’m thinking of calling “Writing Reports.” As I mentioned in the last “New Books etc” I want to start using blogging as a way to hold myself more accountable to fiction writing, since it’s something I have a hard time motivating myself to do. It’ll also be a way to share my thoughts and maybe organize ideas better as they’re laid out before me in writing. So, you can expect that in the near future if you’re interested.

I’ve been guilty of accumulating Hellboy books once again. Granted, I did read Odd Jobs, so I do have a [weak] excuse for buying Odder Jobs since it is next up in this anthology trilogy. I bought Oddest Jobs just because I wanted to. I did not really need B.P.R.D. Plague of Frogs Vol. 4 either, as I haven’t read the first three, but it was getting harder to find. It was nagging at me that I didn’t have all four as well and I managed to get it for $10 off. [I’m not making excuses.]

I picked up House of Leaves by Mark Z. Danielewski pretty much on a whim, though I’ve been wanting to look into it for quite some time. I don’t know a whole lot of detail about it, except that it’s kind of a horror mystery that deals with a book within the book in an interesting way. It’s big, but the format on a lot of pages is unusual so it’s apparent length might be deceptive.

I bought (and have since read!) Man’s Search for Meaning by Viktor E. Frankl thanks to a biographical video on saw on him. I was very intrigued by what I learned about him, specifically his experiences in a concentration camp and his work with logotherapy, so I made a point of picking it up. I’ve taken a lot away from it that I hope I can keep in mind throughout life.

White Tears by Hari Kunzru is a book that came out last year, which is when it got on my radar, but I hesitated on picking it up. I since preordered the paperback, which is what I’ve got now. It’s a horror mystery about music and appropriation of art, from what I understand. It’s on my hand-written list of books to get to this year, so I’m sure you’ll be hearing more about it not far down the road.

I picked up Tomie by Junji Ito to finish off my collection of his work that I want to read through. It’s likely to be the last one of his books that I read, but I especially wanted it on hand because I intend to get through it all sooner rather than later. His work has really jumped to the top of my TBR pile of graphic novels.

Lastly I picked up an ebook of Sarah by Teri Polen. I came across the novel through the author’s blog here after they participated in a WWW Wednesday. Look at that cover! Harrowing! I’m a sucker for a good cover sometimes. It’s a familiar visual trope, but well executed. Upon further research I found the book has been quite well received too, which sealed the deal. If I don’t read this before October it’s definitely going to be a Halloween read this year. 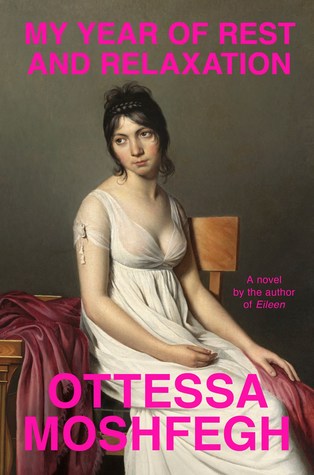 Didn’t add quite as many new books to my To-Read list on Goodreads this month, but what I did add I found pretty noteworthy.

A Short History of Canada is a book I came across in my local book store. I’ve been finding my education of Canadian history to be a little lacking, in hindsight, so I’ve been wanting to find books to brush up on it myself. I shelved this for future reference, I just haven’t checked to see if this “short history” still manages to be as thorough as I’d like it to be.

Deep River Night is a book I came across in a WWW Wednesday post as well. I added it more on impulse, though it being Canadian fiction has me more interested than I might have been.

Truly Devious popped up on my radar a few times before I added it to my list, though my main reason actually has nothing to do with the book itself. The author Maureen Johnson voices a recurring character of the same name on the narrative podcast Welcome to Night Vale. I really enjoyed her voice work and the writers are fans of her work, so that was enough for me.

The Book of Forgotten Authors sounds absolutely fascinating. It explores authors who were hugely popular once, but since have all but vanished from bookshelves. In passing I’ve vaguely wondered on my own about this very subject, often projecting it onto the future and what we know now that might become lost. I never imagined such a convenient exploration of it existed.

I literally added My Year of Rest and Relaxation to my To-Read list yesterday. The synopsis sounds intriguing, but I was simply excited to learn a new novel by Ottessa Moshfegh is coming out. I really enjoyed reading Homesick for Another World a year ago and I’d like to experience even more of her work.

Well, that’s that for February. There were some other books I added to my To-Read list as well, though they’re books I already knew about, just forgot to add to Goodreads. Notable among them is Little, Big by John Crowley, a book that haunts me a little. I had to read it for school and got through a lot of it, but ultimately never finished it. This was years ago, but I don’t believe I’ve left a book unfinished since then. It’s not something I usually do, hence the haunting. I feel obligated start it over once more, I just can’t bring myself to put it before all the others on my TBR.

Anybody else have books that cry out to them from the DNF graveyard (or bricked up behind other books on the shelf)?