Book purchases ended up being a little more numerous than I expected this month, which is something I feel like I say here often. One was for sure planned, having preordered it months ago. Most of the others sort of just happened and I have no regrets about that. Other than one impulse they were books I’ve been meaning to get for a long time anyway.

That’s enough vagueness, onto the books!

Bloodborne Official Artworks was an early Christmas gift from my fiancée. I’ve fallen in love with Bloodborne after playing the game over the summer and this was the only other available book related to it that I didn’t have yet. It’s full of beautifully bleak and macabre art of the characters, environments, and monsters from the game.

Coraline by Neil Gaiman is one I’ve been meaning to add to my collection of the author’s books for a long time. I’ve seen the film, but never had the pleasure of reading the book. Admittedly, the biggest driving force for picking it up was the awareness that that cover was available at one of my local book stores. It follows the same design conceits of a number of other editions of his books I have, but I had seen no evidence online that this cover existed. It’s only on Goodreads now courtesy of my copy.

Witches Abroad by Terry Pratchett was an impulse purchase on Black Friday, when I also bought Coraline. I had a card for $10 off and everything in the story was 10% off, so I decided to buy a second book. After a lot of humming and hawing I settled on this since I need to better commit to reading the Discworld series and it is the next book I needed after Reaper Man.

Elevation by Stephen King was an impulse purchase I picked up all the way back on the first of the month. It was King, it was new, it was short, and it was 40% off. All these factors came together and resulted in me purchasing it to help bolster my reading list a bit.

Fire & Blood by George R. R. Martin is the one book I’ve had preordered for a while. Before the month started I thought it might be the only book I got this month. Isn’t that funny? I’m interested in checking it out, but Winds of Winter is kind of the elephant in the room. Where’s that book, Martin? I didn’t ask for a prequel. Was anybody asking for a prequel? I’m sure this will be great, at any rate.

I only bought a couple of ebooks this month. The first was John Carter by Edgar Rice Burroughs, which I’ve been meaning to read because I’m curious about checking out more older, pulpy adventure fiction. The reason I picked it up now, despite the likelihood I won’t read it in a long time, is that it collects the first seven novels in the Barsoom series and it was 99 cents.

I randomly heard about Age of Reptiles by Ricardo Delgado through a Comixology ad. Apparently difficult to find in print, it is a collection of stories about dinosaurs told entirely visually. I’m a sucker for reptiles and dinosaurs, so when I found it for about $5 on the Kindle store I decided to pick it up. I would like it in print, but the used prices online were a little steep. I’m excited to check it out. 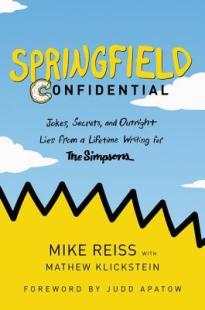 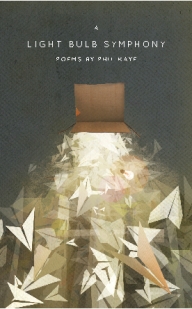 My list of new books is a little limited this month. I guess there just wasn’t much that jumped out at me.

Bloodbore: The Healing Thirst by Aleš Kot and Piotr Kowalski was a no-brainer. Honestly, I’m surprised I haven’t mentioned it in one of these posts already. It’s next graphic novel written about the world of Bloodborne following The Death of Sleep, which came out last month. With the same creative team as the first book I’m very excited to see what they do with the world next.

Astrophysics for People in a Hurry by Neil deGrasse Tyson is another book added to my to-read pile of science books to expand my horizons a little. I read a lot of fiction, so in the last year or so I’ve tried to make more of an effort to read more science nonfiction. I’ve purchased more than I’ve read, admittedly, but owning a book is the first step to reading it, right? Don’t know when I’ll pick this up, but I wanted to put a pin in it.

I heard about A Light Bulb Symphony by Phil Kaye from another blog’s WWW post a couple weeks ago. I don’t know much at all about the author or their work, I just want to try reading more poetry from time to time and something about this book leapt at me.

Has anybody else ever encountered a cover for a book that doesn’t seem to exist online? I’m honestly surprised it was the case for a book as popular as Coraline. I can be very particular about covers and size when it comes to my books. I especially dislike inconsistent height on my shelf when it comes to books from the same series or by the same author, though I will compromise when I have to.

Although I won’t submit to this desire, I’m actually tempted to buy Men at Arms again so it matches the cover style of the rest of my Discworld books. That would be a bit much, however, and my current copy does fit nicely on the shelf with the rest. It’s just that it was my introduction to the series and I find it a little unfortunate that its cover’s style is more subdued than all the other books. Anyway…

Before I get too carried away and start rambling on and on, thank you for reading!