I’m still chipping away at Fragile Things by Neil Gaiman. Reading has been consistently enjoyable, but admittedly some of the stories have been apparently forgettable. I say “apparently” because I just had to flip back through all the stories I read in the last week to fully refresh myself on what exactly I had read. Only one actually did little for me, so this is more indicative of the problem short story collections can have sometimes. Some stories just stand out a lot more than others. That being said, I do really like when he implies that a story has happened to him. It’s preposterous to seriously consider some events as having actually happened, but I do like the blending of reality with fiction. 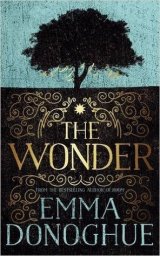 I’ve also begun reading The Wonder by Emma Donoghue, just as I promised last week. I’m only about a quarter of the way through it and so far I’m intrigued but not completely drawn in. The writing is good, I just don’t quite have a good sense of the story being told yet. A nurse from England in the 1800s is called to Ireland to watch over a young girl who has gone four months without eating, a supposed miracle. The story is so grounded so far that I feel like making the girl’s condition authentic is unlikely, yet the main character is already so confident that it’s a con that I’m wondering what may happen to change her mind. I’m actually quite excited to not know going in which direction the story will take, not that I think on it.

Last night I finished reading Batman: White Knight by Sean Murphy. Though pulling from familiar continuity, this Batman graphic novel is its own self-contained world. The Joker has been cured of his insanity, becoming a very sane Jack Napier once again, who sets his sights on Batman and the brutal vigilantism that has been allowed to run amok in Gotham City for far too long. Though it sounded gimmicky on its surface, it was a surprisingly poignant story that examines the characters of both Batman and the Joker through a critical yet fair lens. I’m especially fond of how many references there are to the 90s animated series. I don’t usually review superhero comics, but since it’s a standalone volume I will likely write one up for this soon. 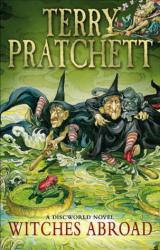 Having balanced out genres with The Wonder—and not sticking with Fantasy constantly—I think I will start the next Discworld book I need to get to once I’ve cleaned up what I’m currently read. That book is Witches Abroad by Terry Pratchett, which is the third book in the “Witches” subseries. I love Granny Weatherwax, so I’m excited to see what it’s all about. I do hope the story is a little more focused on her in this book however. I thought the focus was a little too split in Wyrd Sisters.