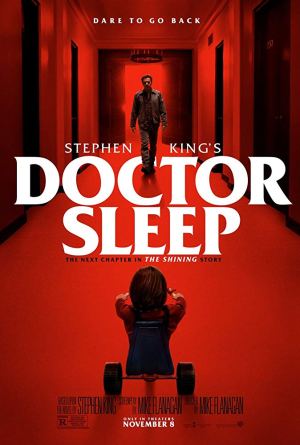 Doctor Sleep is a 2019 horror/thriller directed by Mike Flanagan, based on the 2013 Stephen King novel of the same name. It is the sequel to the 1980 horror classic The Shining directed by Stanley Kubrick, itself having adapted the predecessor King novel. Years later and suffering from alcoholism, the same as his father, Dan Torrance (Ewan McGregor) is still traumatized by his experiences at The Overlook Hotel when he was a young boy. After years of drifting he settles in a small New Hampshire town where he manages to clean up and eke out a peaceful existence as a hospice orderly, known by some as “Doctor Sleep” for using his psychic abilities, or “shining,” to ease those passing on. This is all disrupted when a young girl named Abra Stone (Kyliegh Curran), with a shine more powerful than his own, comes to him for help against the True Knot, a tribe of psychic vampires that prey upon those like them.

In preparation for this movie’s release I was compelled to read the novel first (which you can check out my review of here) and my reason was more than just wanting to experience the book first. The position this film is in is more peculiar than most adaptations. It’s not just an adaptation of the sequel novel to one of King’s most well-known books, but also the sequel to a film that rivals the novel in acclaim, itself the vision of a celebrated director. In order to be faithful to the film that it succeeds, it must be in some ways unfaithful to its source material. I was curious to see what these factors would produce. I had mixed feelings about the novel as well, so I went into the film with a degree of optimism that issues I had might be resolved in the process. 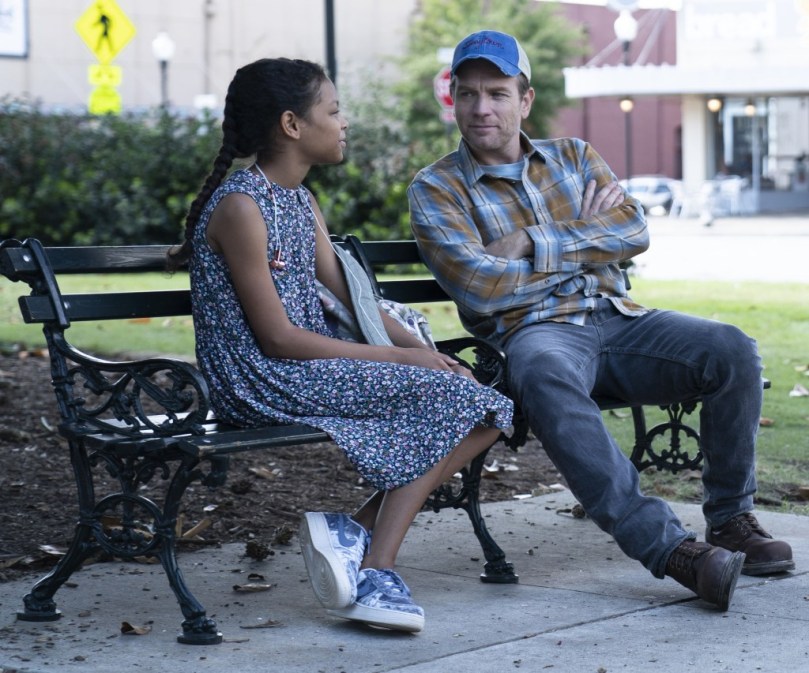 It’s a little uncanny to watch an adaptation of a novel so soon after you have read it. It’s hard not to notice the differences and what was cut to make things more concise. In this vein, I was pleased to find that the early phases of the story were much leaner while still staying true to the spirit of the novel. There are a lot of great character moments in the novel, but much of them would have bloated the film. Smaller characters are minimized or removed entirely, but their absence did not impede the story. The only thing I do wish had been given a little more time was Dan’s journey to becoming sober and cleaning up his act. He is fairly well represented as destitute at the beginning, but the change felt a bit rushed. I do understand that a leap forward in time was a part of the story, so they couldn’t linger too long, but I could have used more time to have Dan developed at that juncture.

The two King novels are much more concerned with the complexities of problematic familial relationships and the Doctor Sleep novel in particular focuses a lot on building up the characters and their relations to one another. In keeping with the fact that Kubrick’s The Shining put a lot less emphasis on this, this film focuses more on Dan and Abra having to deal with the True Knot and their leader Rose the Hat (Rebecca Ferguson). The characters are not badly represented, but I did miss the closer insight and time I got with them in the book. Though less complex a character, McGregor does well performing a troubled yet kind soul in Dan all the same. Curran’s Abra felt like a better balanced character too. Her cleverness and raw psychic power are still present, but her performance better conveyed how much she is still barely an adolescent. She’s not helpless, but overconfident and naïve enough that it’s clear her abilities would not be enough to save her on her own.

Greater emphasis on the conflict did fix one of my major problems with the book: the True Knot in the film is a legitimately threatening force to be reckoned with. While still very much like people, they were made creepier to me in their presentation and much more formidable. Where the book saw virtually no fatalities in coming against them, a number of characters appropriately don’t survive in the film. I especially liked how Rose the Hat was adapted. Though not dissimilar to her novel counterpart, small tweaks made her a more menacing figure. Ferguson performs her really well, conveying a personality that is both alluring and predatory.

One of the most major differences that impacted this film is the fact that the Overlook Hotel survived in the preceding film. Though the book also has them returning to the site where it once stood, I really liked the situation bringing Dan back to the accursed building itself. Without getting into the specifics of it, returning to the Overlook also led to my favourite scene in the film, set during the calm before the final confrontation. It’s a great bit of character interaction unique to this film that was both affecting and very satisfying

The more nagging issue I had with this part of the story is that it’s established that the hotel was abandoned and condemned shortly after Dan’s harrowing experiences there as a child, but there wasn’t a good reason given for this. The previous caretaker had killed his wife and kids with an axe, yet this did not affect operation, so I don’t know why the incident with Jack Torrance did. Ultimately, it’s a hole that’s easy to willfully ignore for the sake of how the story plays out, but I wish I didn’t have to.

Characters from The Shining make significant appearances, and while the iconic actors from the original could not realistically return to play their roles, I was surprised at just how well they were recaptured by new performers. Scenes are reshot for the sake of flashback that recreate moments really well too, without looking dissonant with Flanagan’s directing. I also really appreciate some of the use of sound, such as that of a pounding heartbeat to indicate when Dan’s shining is having even a passive effect on a scene. Kubrick is a tough act to follow, but Doctor Sleep does an admirable job that’s definitely worth checking out. It’s a little more dreary and poignant than the book it’s adapting, perhaps keeping it in the same vein of the previous film, but not without a bittersweet sense of hope.