An average month for book purchases this time around. No befuddlement on my part either, which is nice. I know exactly what I bought, and it was fairly spread out through the month. I made a much more concerted effort to purchase from a couple of local independent bookstores too, putting in requests instead of shopping online. I should do this more often, but it’s hard to resist convenience sometimes. It feels better to give these shops the business, though.

Enough rambling, on to the books!

Though my experience with Junji Ito’s adaptation last month was a mixed bag of emotions, I was left really curious about No Longer Human by Osamu Dazai. It seems that Ito’s adaptation was fairly faithful, but took some artistic liberties with the material. He also took a detour that the original novel apparently did not. I really want to read the original source material.

Bloodborne: The Veil, Torn Asunder by Aleš Kot, Piotr Kowalski, and Brad Simpson is the most recent purchase of the three; I just picked it up yesterday. I adore this comic book adaptation of the video game. They have consistently exceeded expectations, and from flipping through this book randomly it looks as if a lot of things are coming to a head that I wasn’t expecting, which has got me looking forward to it all the more.

Good Omens by Terry Pratchett & Neil Gaiman was a foregone conclusion in terms of purchasing, it was just a matter of when. What spurred me to pick it up now was a conversation with my dad. Turns out my parents watched the miniseries, which I’d recommended a while ago, and they loved it. It got me reflecting on how much I liked the show and how much I want to read the book. I had a look at prices online, came across a lovely hardcover for a good price, and the rest is history.

My only digital purchase this month was the Hellboy Winter Special 2019. I only recently discovered this was an annual tradition and came across the latest issue for a rather inexpensive price. Sure, it’s no longer Christmas, but it’s sure as heck winter where I’m at, so it felt appropriate. I really enjoyed this book, and will probably pick up more in future. 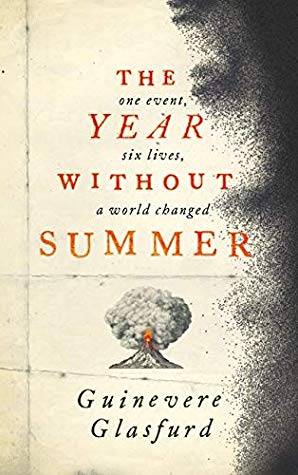 Dread Nation by Justina Ireland I heard about from Sammie over @ The Writerly Way. Her glowing write-ups and review of this book sold me on it quite soundly. It’s a zombie novel set during the American Civil War era, giving a well-worn genre a more interesting setting too.

The Year Without Summer by Guinevere Glasfurd is a historical novel I’m pretty sure I came across in somebody’s WWW post, though I cannot for the life of me remember whose. The story is set around the 1815 eruption of a super volcano in Indonesia that massively disrupted the world’s climate, telling the story of six people, across Europe and in America, whose lives were impacted by an event from the other side of the world. This includes Mary Shelley in Switzerland, while she was writing Frankenstein, which is what drew me in the most.

I was honestly relieved to find I’d added so few book to the old to-read list this month. There were so many in January it was a little dizzying. I’m glad I don’t use that Goodreads shelf as a comprehensive list of what I will read, though. I’d be giving myself an impossible task if I did. It’s much more useful as a compilation of books-of-interest that I don’t want to forget about.

P. S. As I reflect back on the month, I am reminded that I discovered I am able to share my first accepted story submission with the world, and thought I ought to promote that a little more.

You can find all the details of how to listen to my short horror story “Shower Thoughts” produced and performed by the NoSleep Podcast here.