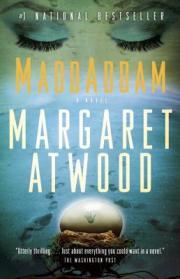 Since last I started reading MaddAddam by Margaret Atwood, the final novel in her MaddAddam trilogy. I’m only 60 pages in so far, but I’m enjoying a how much more concerned with the present setting this book is compared to the previous two. The “Crakers,” engineered semi-humans made to inhabit the world after the pandemic has run its course, play a bigger role here that I’m enjoying. Their role in The Year of the Flood was so small, and getting exposed to them so much again has me firmly in the camp that they must be protected at all costs. Something horrible is going to happen to at least one or some of them, though, I just know it. Also, only recently realized the title is an anagram. How about that. 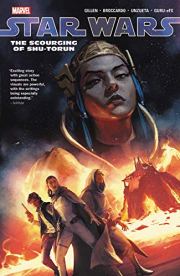 Over the weekend I read a couple of comic books, the first being Star Wars: The Scourging of Shu-Torun by Kieron Gillen, which wraps up an arc involving the titular planet and their betrayal of the Rebellion. This scourging was spear-headed by Leia, and I liked how it was an act of vengeance on her part that did not betray her character at all. A rather flamboyant changeling named Tunga is plays another role in this mission, adding an appreciable variety to their ensemble. The alien Benthic of the Partisans from Rogue One plays a role as well and I enjoyed the discord him and his men brought to the mission, as well as how it is resolved. I really am enjoying how much these comics tie some things together without detracting from the original films. 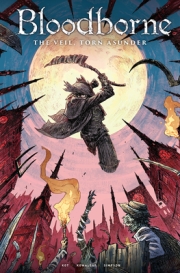 I also read Bloodborne: The Veil, Torn Asunder by Aleš Kot et al, which you can read my full review of here. Though I mostly felt positively about this book, I am starting to waver a little bit on how committed these books have been to preserving the vaguery of the game’s world. I’m not saying they should do away with it entirely, but this was the most obtuse story yet. I can’t help but wish for the same story explored a little more conventionally. I still quite like what I got, all the same. It is fun to puzzle out the meaning, as I did with the game’s lore, and I did not come up empty-handed. Also, I forgot to mention in my review, but the cover is absolutely misleading. That is not the main character and that sort of action is not what the story is about.

I once again have no idea what I want to read next, on neither the novel nor the comic book front. I’ve been a bit impeded from reading, so I’m more intent on digging into MaddAddam more, but I’m scoping out some prospects on my list too.