July was a bit more of a low-key month, though I’m wracking my brain wondering if there’s some book or another that I forgot I picked up. Has book buying become a problem if you’re convinced you forgot buying one or two, when it really ought to be easy to remember? Nah, probably not.

On to the books!

Through the Woods by Emily Carroll was featured under Novel Discoveries last month, but I was actually already waiting for my copy to come in. It had been ordered with Devolution, in fact, it was just shipped separately and took a little longer. I’ve read it and reviewed it already, but it was nevertheless something I picked up this month. It’s a great little collection of horror stories.

Axiom’s End by Lindsay Ellis was a book I pre-ordered back in December. I’ve been a fan of the author for a while, better known for her video essays on YouTube (which I highly recommend checking out, especially the series “The Whole Plate” about the Transformers films). I pre-ordered to show support, but am excited to check out the book itself too, set back in distant days of the 2000s and concerning first contact with extraterrestrials. I’m just sad I probably won’t start it until next year so I can stay on top of my 2020 to-read list.

Tracking the Chupacabra by Benjamin Radford I’ve been meaning to pick up for years thanks to The ParaPod, a comedy podcast series about the supernatural. One of the hosts cited in the book in a discussion of the titular creature and I’ve been wanting to read it for myself ever since. 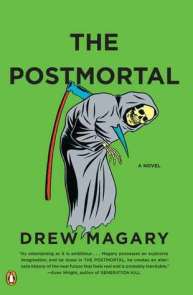 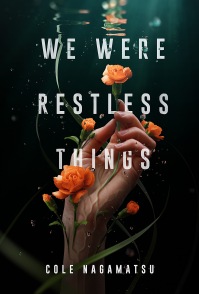 The Postmortal by Drew Magary was recommended to me by a friend. It’s about a world where death by old age has been eliminated, but everything else can still kill you, exploring all of the ways such a dramatic change would effect the world. In her words, she thought it’d be an interesting read “during this weird pandemic time,” and I can imagine why.

We Were Restless Things by Cole Nagamatsu I read about in one of Teri Polen’s WWW posts this past month. Involving mysterious deaths, messages from beyond the grave, and an impossible lake hidden in the forest, it sounded right up my alley. The cover is gorgeous too, as a nice bonus.

Fangs by Sarah Andersen is the upcoming physical edition of a webcomic series I’ve actually read a lot of already. You may be more familiar with the artist for her Sarah’s Scribbles webcomics. This book is rather different tonally, about a werewolf and vampire who meet at a bar and hit it off. What I’ve read so far was as funny as it was adorable, without taking the bite out of the fact that they’re monsters. I’d really like to read the whole thing collected in such a lovely hardcover.

Mexican Gothic by Silvia Moreno-Garcia is a novel I’ve read a lot about in a few WWW posts this month, most especially over at Julie Anna’s Books, where she also reviewed it. It’s been a while since I have read a good Gothic novel and this one sounds like it’d be a perfect fit for that to read sometime in the future.

I’ve not got much else to say. It’s hot. At least the humidity has broken where I’m at. Humidity will take me out, one of these days. Stay cool out there, folks.