Would you look at that, the first quarter of 2021 is pretty much over already. Time ought to get a ticket for speeding by so fast, eh? I welcome the lovely Spring weather outside my window, though, so I can only complain so much. I should try to do some more outdoor reading this year.

Enough about the weather, on to the books!

I’m not sure if this has ever happened before, but all of my new books this month were once featured under “Novel Discoveries” in a past post. How about that?

Star Wars: Age of Resistance I’d had pre-ordered for a while, having first heard about it back in August. I’ve actually read through it already too. It was a little disappointing in that there were an unusual amount of errors in some of the written sections and the chapter on The Rise of Skywalker was a little lacking, but there was still some great insight from the actors, writers, and production side of it, as well as some great concept art and high quality stills from each film.

21 Things You May Not Know About The Indian Act by Bob Joseph was featured back in December, where I noted that I did not remember where I’d heard about this book. That remains the case, but I nevertheless picked up a copy from a local bookstore when I was in the neighborhood a few weeks ago. Almost certainly going to be one of those books I only seek to learn from, not review. Not sure when I’ll get to it, but it seems short enough that it’d make a good supplemental read.

We Were Liars by E. Lockhart was featured back in January, when I first heard vague things about how apparently devastating the ending is. It was enough to pique my interest, so when I saw it was on sale for $11 I decided to pick up a copy. I still know very little about the plot and I intend to keep it that way. Let’s see just how much this book may shock me.

And finally, My Last Summer With Cass by Mark Crilley was featured last month. I follow the author on YouTube, so I’d heard about this book before then, but last month was when I learned about the release date. It’s the story of two young artists and childhood friends who have a fateful three weeks of summer together, marking a turning point in their relationship. I mean to have a review up for it soon. 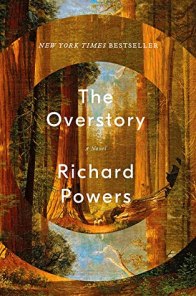 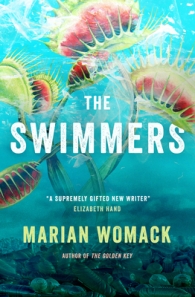 The Crossroads at Midnight by Abby Howard I believe I heard about over at The Bookwyrm’s Den, where I also learned about Howard’s other graphic novel The Last Halloween a few months ago. I’ve still yet to read her books, but they look like some great YA horror, this book specifically being a collection of stories. Something about her art really jumps out at me too. Maybe I’ll get them both in time for Halloween this year.

I learned of The Overstory by Richard Powers from a WWW post over at Taking on a World of Words, where it was compared to Cloud Atlas. Though this comparison was made in the negative in their case, I rather liked that book when I read it years ago, so that was enough to get me interested in this one. It apparently deals with interlocking stories, which is one of my favourite aspects of Cloud Atlas, so I’m hopeful it will work for me.

Klara and the Sun by Kazuo Ishiguro I learned about from a WWW post over at Julie Anna’s Books. I’m pretty good about remembering where I heard about books this month. Go me! I have spotty history reading Ishiguro. I’ve read three of his books before, though the last one, The Sleeping Giant, I wasn’t in love with. This book is seemingly told from the perspective of an artificial intelligence, however, and I’m a sucker for inhuman perspectives, so I want to check this one out.

Unfortunately I cannot remember where I learned about The Swimmers by Marian Womack. It seems to be a science fiction dystopia set in the future where the world is ravaged by climate change, which has radically changed the lifeforms on Earth, with humanity divided into an array of social castes. This all sounds very interesting, but I would be remiss if I didn’t mention that I was drawn to this book by the Venus flytraps on the cover. Some small things just get the neurons firing, you know?

If you like to read outside, where do you prefer to do it? Reading under a nice, big tree feels idyllic, but in the past it’s never been as comfortable to me as I want it to be. I sometimes eyeball the trees in the courtyard of my building, but a lot of my neighbors have dogs… A picnic bench seems a practical choice, but then it just feels like I’m reading at any old table. Perhaps I’m overthinking things a smidge.