This past month didn’t feel like I did a lot of book shopping, but I seem to have managed a good handful of books anyway. Surprisingly, despite my birthday passing, very few of them were gifts, unless of course you count gifts from myself, which are arbitrary excuses to buy books. I did that at least once, kind of.

Enough waffling, on to the books! 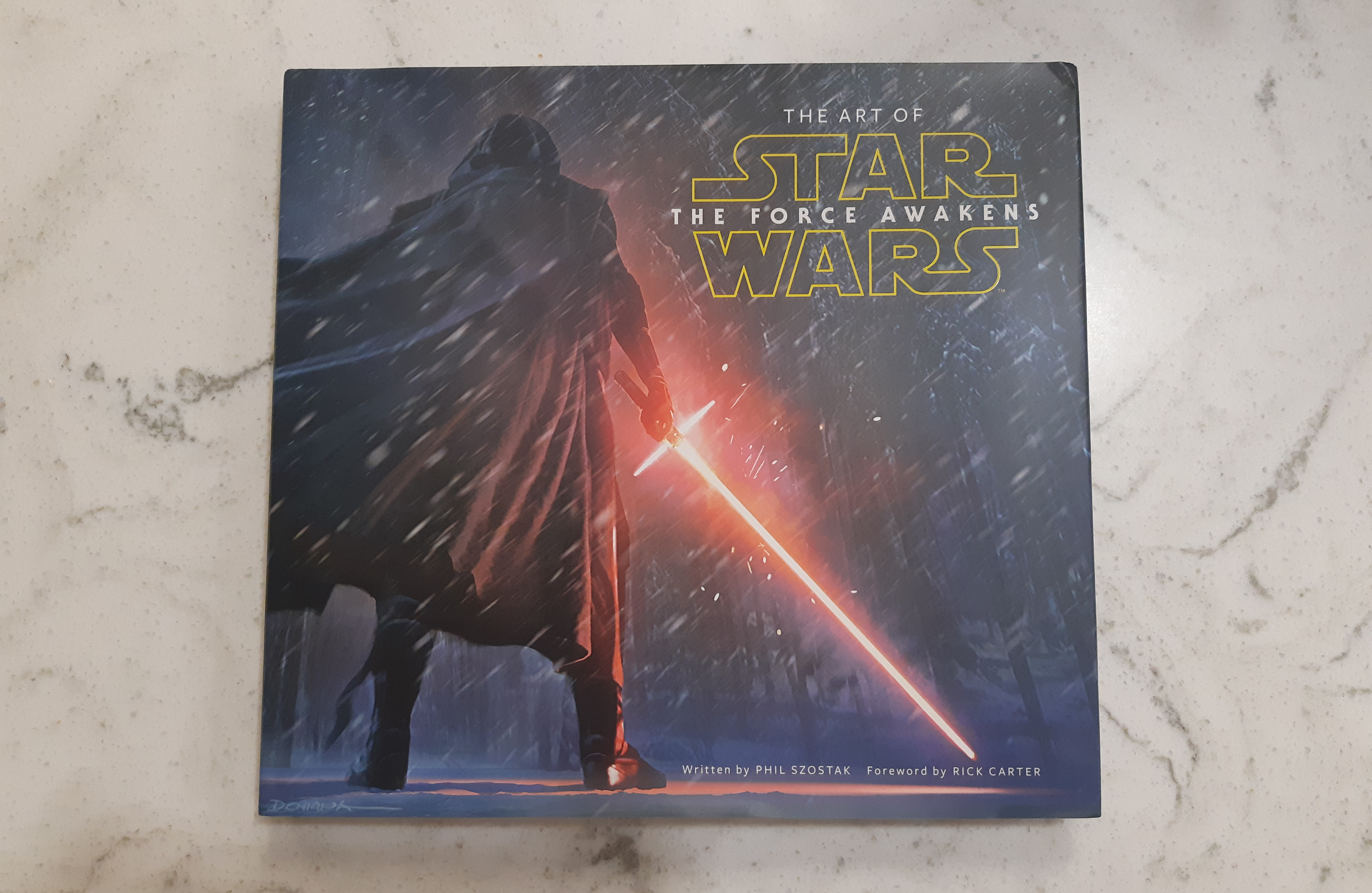 The Art of Star Wars: The Force Awakens by Phil Szostak was a gift from my parents for my birthday. I’ve hummed and hawed about picking these art books myself up in the past, but I’m more than happy to receive them as gifts. I’ve flipped through it so far, and a lot of the art is gorgeous. Seeing the concepts they were working with and how that eventually came together looks really interesting too. Certain set-piece ideas they had all the way back when they were producing this film got worked into later films.

From a Buick 8 by Stephen King was my only thrift store purchase this month, which I feel like have been more common lately. It’s yet another King novel about an evil car, though this is more loosely connected to The Dark Tower, which is why I was interested in picking it up at all. Don’t know when I’ll get around to it, but it’s nice to have.

Alien 3: The Unproduced First-Draft Screenplay by William Gibson (a novel by Pat Cadigan) was posted just last month to “Novel Discoveries”, but I could not resist picking it up. I love the cover design too much, I’m not ashamed to say, and I’m very intrigued by this concept for a very different version of Alien 3.

The Dream-Quest of Unknown Kadath by I.N.J. Culbard is a graphic novel adaptation of the H.P. Lovecraft story that I’ve been meaning to pick up for a while now. I decided now was finally the time, since I wanted to read it for Frighteningly Good Reads this year (which I since have). I enjoyed the story more as a graphic novel than Lovecraft’s prose, but I do wish it had included more of the Dream Cycle to better round out the story. I feel like there are too many connections to other stories to just adapt this one.

These two books were my preorders for this month. A Carnival of Snackery by David Sedaris is the continuation of the author’s diaries, the first book having been Theft by Finding, which was published a few years ago. I suppose it will be the next Sedaris book I read, but I don’t know when that will be.

Truth of the Divine by Lindsay Ellis is the newly released sequel to Axiom’s End, which I finally read a month or so ago. I expected to like that novel, but I didn’t expect just how much I’d love it, so I’m really happy to have been able to get the sequel so soon after reading it. I’m not actually going to read it close to the release, unfortunately, but that’s because I’ve got too many books I planned to get through already. I don’t want to leave those in the dust. Such is life.

There is No Antimemetics Division by qntm is a book that was randomly recommended to me on Goodreads. Admittedly, my interest is based almost entirely on the cover and title. I feel like the quality on this book may be more of a gamble, but the idea of a story centred around antimemes—ideas that you cannot help but forget, let alone share—was intriguing to me.

The Book of Unusual Knowledge is one I feel completely suckered by, but in a transparent way. I expect it to be exactly what it says it is. I won’t actually learn arcane secrets of the universe, but I’m sure it’s full of strange fun facts; it’s the kind of book I would have loved to have found on a shelf and randomly thumbed through as a child. That’s the long and short of why I want it.

A Nest for Celeste by Henry Cole I added to my to-read list in part because I felt my partner would be interested in it. Though it is middle grade fiction, it is apparently semi-biographical about the artist Audubon and his bird paintings. Something about this book just seems cozy to me, and I like the idea of a nice cozy meditation on art.

I haven’t much closing thoughts this month. It’s Halloween, but I’ve got a lot of work to do tonight, so I’m afraid there won’t be much spooky fanfare for me this year. I hope you all have a Happy Halloween, whether you’re out and about or cozied up with a spooky book or movie. Don’t forget to let your Jack-o’-lanterns burn out on their own, don’t be extinguishing them prematurely.