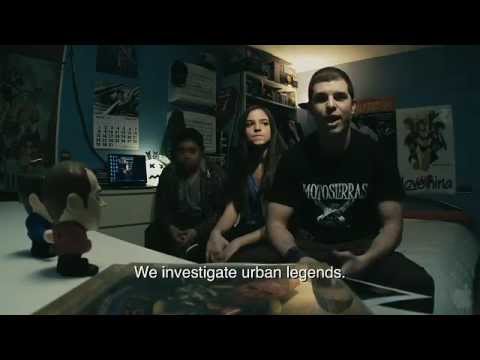 A lot of films were left on the backlog from Halloween last year that I simply didn’t get to. There were either others I was more interested in, or I simply didn’t have time. So, I recently decided to dive into one of them and watched Atrocious, a 2010 Spanish found-footage horror film by director Fernando Barreda Luna. Though I didn’t know much about what to expect, the description and preview images looked intriguing enough that I was hopeful for a compelling found-footage experience.

An entire family is massacred while on holiday at their country home in Sitges, and police have chilling evidence of what took place there: 37 hours of raw footage. Cristian (Cristian Valencia) and his sister July (Clara Moraleda), two of the victims, have a web-show investigating paranormal urban legends, and were investigating the urban legend of a girl named Melinda, who supposedly went missing in the nearby woods in the 1940s and now haunts the area. 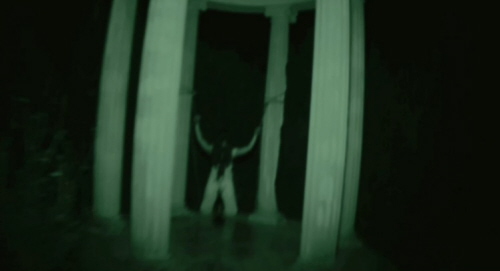 I have a lot of mixed feelings about this film. Despite a lot of flaws, which I will get in to, I cannot bring myself to completely dislike this movie. The story somehow managed to maintain my interest all the way through, which I will give it credit for. The penultimate conclusion of the whole affair wasn’t even particularly compelling, but it had enough going for it that I needed to see it to the end.

The film takes a lot from The Blair Witch Project, and even the description shows a lot of similarities between the two: investigation of an urban legend, footage of the event being discovered, and the knowledge going in that we are watching footage of people who meet a terrible fate. A common criticism I’ve heard about The Blair Witch Project has been that nothing happens in it — despite all that seems to take place, you never clearly see anything. I’ve always found this criticism to be unfair however, since what the film lacks in horrific imagery it makes up for by building tension and terror through its characters, who become increasingly stressed and afraid as their situation worsens.

For a very long time nothing happens in Atrocious, and unfortunately this is an accurate criticism. While some scenes establish backstory for the legend they are investigating, and their excursions through the nearby hedge maze establish the setting, there is a phenomenal amount of nothing going on. These trips are made in broad daylight as well, which reduced a lot of any possible tension for me as well. While this would be important to do at least once to get the audience familiar with the look of the place and establish a contrast, they go in there during bright daylight a number of times.

Where one might expect small things to occur — figures in the distance, strange noises, or evidence of mysterious happenings — there is literally nothing, and this hurts a film that needs to build tension and atmosphere. There is one moment that does actually try to provide this sort of footage, the siblings capturing footage of what they think is a person among the trees, but the quality was so poor that I couldn’t actually see anything. I think what kept me going was the fact that so little was taking place that I needed to know what it was all leading up to.

A lot of the strange occurrences in the movie are ultimately nonsensical, really, seeming only to exist to distract from the true nature of the story. At one point before things start to ramp up, the footage of a feed the brother left running all night gets cut off right before something bad happens. He quickly finds out the sister did it, for seemingly no reason, and we are left knowing that it was apparently for no reason. I feel like it happened because footage creepily cutting off too soon often happens in horror, so the director wanted that in, but couldn’t think of a good narrative reason for it. 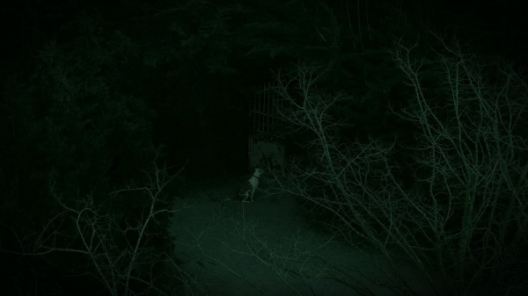 When things do actually get going, with about 15-20 minutes left in the runtime, it does get more interesting. The pair running through the maze at night, afraid and finally at risk, is fairly creepy and left me all the more eager to find out what exactly was going on. A particularly effective part for me, near the end, was the montage of news footage and crime scene photos that added a grisly touch the aftermath of the events. The twist ending, however, was out of nowhere and a letdown. Very little, if anything, is done earlier in the film to hint at what’s really going on, leaving me pretty disappointed. If it had gone vague that would have been better, to at least leave me wondering why. With so much explained, however, it came off as more forced than anything else.

Atrocious wasn’t good. I didn’t hate it, but it’s simply not good.  If you enjoy horror movies and want to see something interesting done with found-footage, skip this film. It seems to forget that something mimicking “found footage” still needs to construct a coherent story.