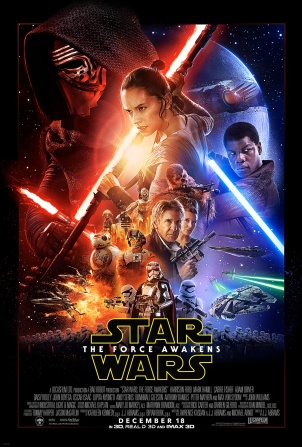 Star Wars: The Force Awakens is the seventh installment in the Star War series, directed by J. J. Abrams and starring Daisy Ridley and John Boyega, alongside Harrison Ford, Carrie Fisher, Mark Hamill and others reprising their iconic roles. The film is the first to be released after Disney’s acquisition of Lucasfilm back in late 2012. It is easily the most highly anticipated release this year, as it is the first new Star Wars film released in a decade after the conclusion of the prequel trilogy. The story continues from 30 years after the end of Return of the Jedi, where a Resistance force backed by the New Republic still fights against the First Order, an organization which rose from the ashes of the fallen Empire.

Due to a lot of people’s aversion toward spoilers for this film, I will be as scant as possible when discussing details of the plot. I went into the film knowing very little and I feel I benefited from that greatly, so I will try not take that away from anybody else.

Right off the bat, I thought this film was great. Better than great. It was a significant return to form for the series, recapturing the look and feel of the original trilogy that was lost in the sterile computer generated world of the prequels. At the same time, I feel much as been rejuvenated, a new cast of characters having breathed new life into the series.

While much of the plot is in tied to the events of the original trilogy, the arc of the dual protagonists Finn (Boyega) and Rey (Ridley) takes centre stage in the overall story. Many familiar faces return and play crucial roles, but it was clear that this is no longer their story. I was concerned that appealing to nostalgia would be relied upon too closely with these characters, pushing newcomers to the backburner. Fortunately, this was not the case.

I found both Rey and Finn to be exceptional, each offering something different that makes me eager to see more from them. Both managed to surprise me in compelling ways as well, the origin of Finn being rather unexpected, and the role Rey eventually starts to take left me pleasantly surprised. While the world in the movie was faithful and stood well on its own, these two characters were the real heart of the story. I doubt I would have been as invested without their inclusion, as they offered something unique to a movie franchise that is now seven films long. 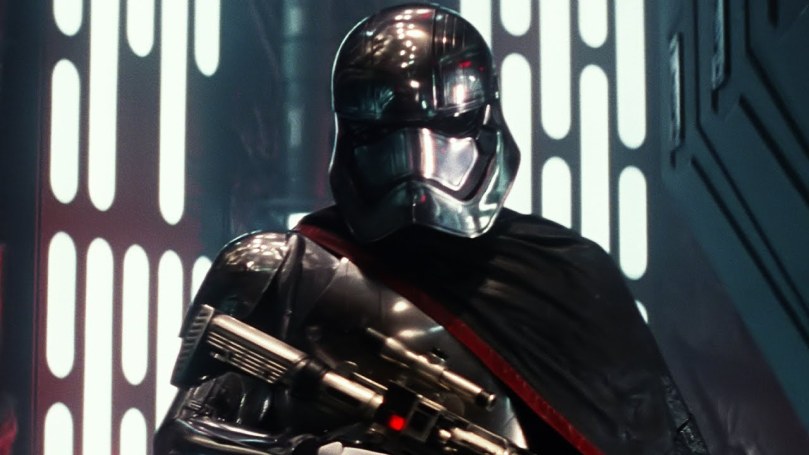 The only disappointing thing I found about the film character-wise was the use of Captain Phasma (Gwendoline Christie), who commands stormtroopers under the First Order. Despite the fact that she has been utilized in a lot of promotional materials, clad in striking chrome stormtrooper armour, she was woefully underused. Her presence had an aura about it that made me want to see more, but she was sidelined more to the background, with Kylo Ren taking point on a lot more of the action.

For his part, Kylo Ren was a compelling new villain to the series. Clad in menacing armour and possessing a sinister voice, his on-screen presence is akin to Darth Vader’s, demonstrating a good deal of power as well. Unlike the more stoic villains of previous films, however, Kylo Ren is more prone to petulant outbursts and rage, which feeds into the heavily conflicted aspects of his character. In many ways he lives in the shadow of Vader, and we see this demonstrated effectively throughout the film. 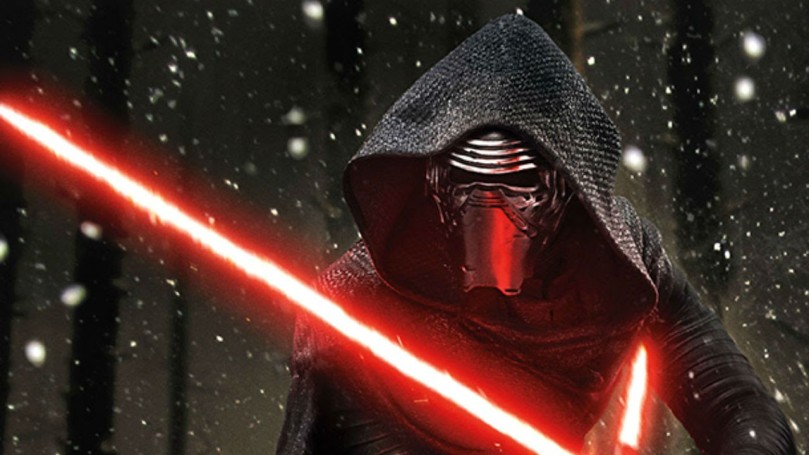 While a smaller point, I really enjoyed how the movie made stormtroopers threatening again. By the end of the original trilogy they were something of a joke — cracks about their inability to hit anything are still being made to this day. This movie manages to make them as formidable as they ought to be, slaughtering many, often hitting their mark, and even besting some characters one on one.

The special effects were a wonderful blend of both practical and computer generated, making the world appear more organic than it has it quite some time. There were some times where it was quite noticeable to me that the practical effects were puppetry, but I found myself more charmed by it than taken out of the experience. The world has been given a sleeker visual design, most evident in the appearance of the stormtrooper armour, droids, and ships, which helps make the film’s style more distinct. It also feels logical with how designs would progress and change over time in-universe. 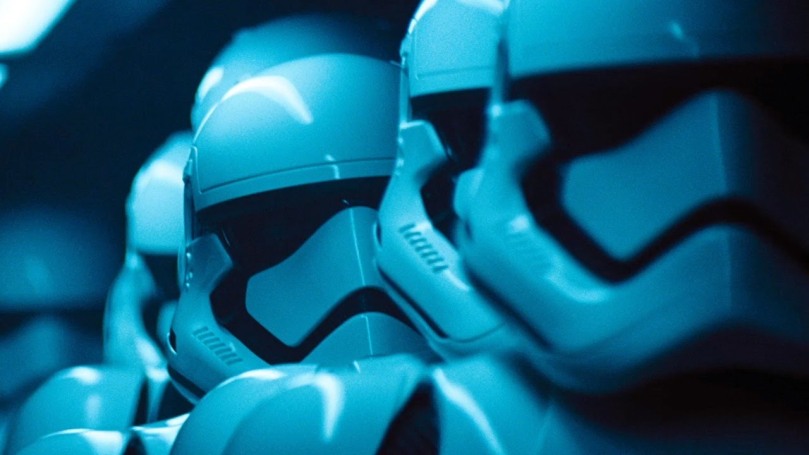 My only complaint story-wise is that the film does hearken back to a lot of narrative beats, plot points, and set-pieces from previous installments. I understand why Abrams would want to appeal to nostalgia, but I hope the sequels planned for the near future start to do something different with the expansive universe Star Wars has to offer.

To sum things up, I thought Star Wars: The Force Awakens was fantastic. It reinvigorated the series with compelling new heroes and villains, captured the spirit of the original trilogy phenomenally, and told a robust story, which more than makes up for some ultimately minor shortcomings. I am more eager than ever to see more from this series. I recommend the movie highly, though I’m more than positive that most people already know if they’re going to see it or not. You should probably go see it.