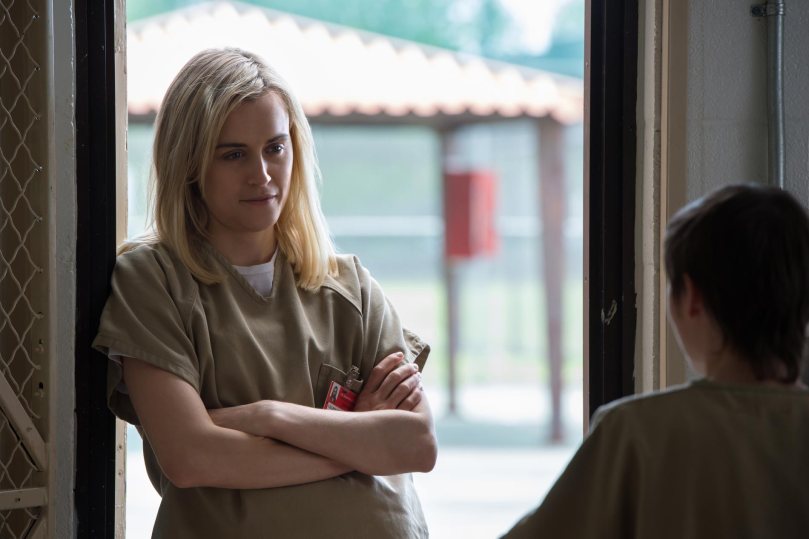 Following the completion of season three, I wasn’t sure what to expect from Orange is the New Black going forward. As I said in my review last year, the season didn’t have a crystal clear focus. The cast continued to be stellar and the characters compelled me as they were further fleshed out, but a lot of the season felt like the series was getting a little too comfortable with itself. Many ill winds were blowing for Litchfield that season however, promising a lot while only going as far as laying a foundation. Season four built upon this foundation a phenomenally structured season, making good on the foreshadowing of season three, and giving us their darkest season yet.

We return to Litchfield at a time of great change, as a rush of new inmates floods the prison, as well as a new staff of guards following the walk-out at the end of the previous season. Tensions run high as overcrowding affects the well-being and comfort of everybody. Dining is more limited, space is more confined, and inmates are becoming restless without enough work to go around. The greater population also brings new challenges to established power dynamics, which especially spells trouble for Piper and her new over-inflated sense of power and influence.

All the while Judy King — a celebrity chef — is a new arrival as well, receiving preferential treatment thanks to her money and influence. This stands in stark contrast to the conditions of the prison at large, shining a sad but true light on the privileges fame and fortune allows you, as well as our society’s obsession with the influence of celebrity. It’s not that she has paid for preferential treatment, but the corporate overseers are afraid of legal recourse should someone with actual influence in the world be subjected to their cut corners and detached management.

While this season deals a lot with corrupt, even cruel, new guards and hateful inmates, the more insidious villains are these corporate overseers. Their profit-first, restrictive management of Litchfield limits what those with power can do on the ground to make inmates’ sentences more constructive, creating a volatile environment. The tension mounts in a palpable way throughout the season, as the draconian measures of Piscatella — the new captain of the guards — continually escalate, and the conflicts between groups of inmates become more serious. You don’t know how, but you can sense it’s only a matter of time before everything goes up. 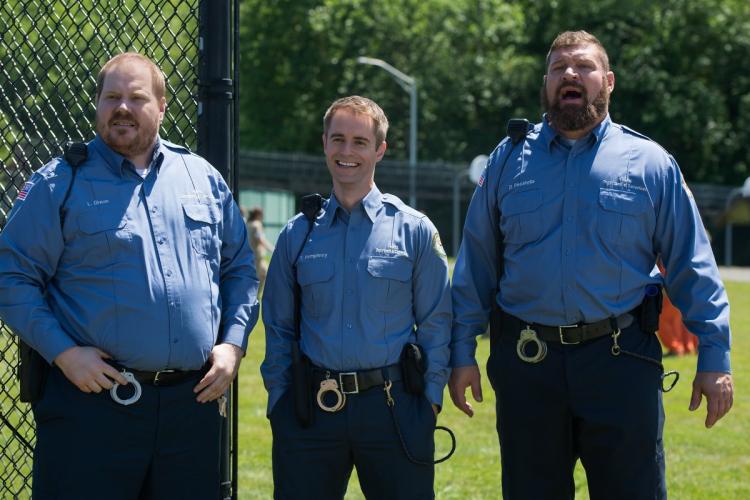 This season continues the series’ uncanny ability to make nearly all of its characters sympathetic in some way, even those who have done more despicable things. It’s never presented in a way that I felt the show expected me to forgive and forget these actions — as a character aptly puts it “Toast can’t never be bread again,” — but rather these characters are granted some humanity. I still don’t like them, but I can’t entirely write them off either.

Despite this season being a darker affair, there’s still plenty of humour to be had, which provides a wonderful balance in tone. I don’t know of many shows, even previous seasons, that have had me an anxious wreck some moments, and at others laughing loudly at the antics and banter of the cast. What most effects me about this show, especially this season, is how raw it can be. All of the love, hate, unfairness, hilarity, cruelty, tender moments, and heartbreaking tragedies are all true to life. Some characters may be given some narrative flair, sure, but they feel deeply real in their representation. It’s often an ugly reflection of society, but there’s artfulness in how it achieves this.

Orange is the New Black has been a great show from the get-go, but season four really blew me away. It made me laugh, it made me cry, and I loved every second of it. If you’re taking your time getting to it, fix that as quickly as you can. If this season is any indicator, the series won’t be running out of steam any time soon, and I couldn’t be happier.