I’m beside myself with how quickly October has passed. It’s been a more eventful month than normal with a number of birthdays, Thanksgiving, and general Halloween fun, with more to come, so in a way it has felt long. I guess I just want more time. Who doesn’t?

Enough wistful thinking, on to the books!

Among the number of birthdays this month was my own, so half of these were actually gifts. I always love being gifted books.

The two books in question are the visual dictionaries for Star Wars: The Force Awakens and Star Wars: The Rise of Skywalker by Pablo Hidalgo. I love the idea of these reference books and I decided to start asking people for them since the first of the two has become harder to find. I’ll probably never read them cover to cover, but they’ve already been great for skimming.

Maskerade by Terry Pratchett is the 18th Discworld novel and the next one I need to start reading. I got a discount code from Indigo for my birthday and decided this book would be a perfect get, especially since I intend to read it before 2020 wraps up.

Lastly, I purchased The Star Wars Trilogy by George Lucas, Donald F. Glut, and James Kahn on my birthday, as a gift to myself. The book collects all three novelizations of the original Star Wars trilogy. Reading the novelization of The Rise of Skywalker this year was an exception to my preference not read the novelizations, but I’m a sucker for a good cover sometimes. I was far too in love with the cover of this book to not pick it up. 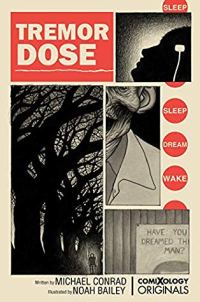 Tremor Dose by Michael Conrad and Noah Bailey was my only digital purchase for the month. I believe I included this book in one of these posts a while ago, but I decided to finally pick it up this month so I could read it as a part of my Frighteningly Good Reads for this year. 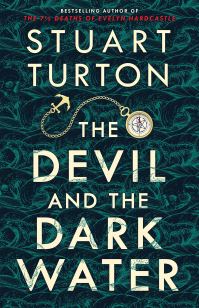 I’m a little ashamed to say I can’t remember what caught my attention about The Deathless Girls by Kiran Millwood Hargrave. I think it’s meant to be a retelling of Dracula about his wives, but Goodreads isn’t yielding enough information for me to know for sure and I try to pull from memory as much as I can. Worth checking out regardless, I’m sure.

I’m surprised I didn’t hear about The Devil and the Dark Water by Stuart Turton way before this past month. I really enjoyed The Seven Deaths of Evelyn Hardcastle, so I’m excited to see what he’s come up with next.

Dead Man in a Ditch by Luke Arnold is 100% a result of my weakness for a good cover. It’s apparently an urban fantasy about a solider turned private investigator, and that does sound thrilling, but I’d be lying if it wasn’t the cover that landed this on my virtual to-read shelf. It isn’t even the first book in the series!

Ring Shout by P. Djèlí Clark is a dark fantasy historical novella about the Ku Klux Klan using sorcery to draw upon infernal powers for their own ends. The cover gave me major Lovecraft Country vibes, which is a plus, but looking closer at its premise made it stand out on its own all the more. Among all of these newly discovered books, I’ll probably be picking up this one first.

I hope everybody has a happy and safe Halloween, especially considering the state of things. We don’t need crowds to have a nice, spooky time, at least. I’ve been watching a lot of horror movies, as is tradition in my home, and I highly recommend Color Out of Space starring Nicholas Cage, based on the story by H. P. Lovecraft. I just watched it last night and was quite gripped by it.