Top Ten Tuesday is a weekly book meme run by That Artsy Reader Girl. I’m amused with how surprisingly difficult I found this week’s prompt to be, as it seemed an easy one to provide ten books for, but I tend to buy the books that I read so much that it’s rare for me to read a book that isn’t already a part of my personal library. Nevertheless, after some digging, I was able to find some books that qualify, though some of them are repurchases of more worthy editions.

I originally purchased this comic book series in digital single issues and trades on my Comixology account. However, I enjoyed them so much that I just had to have them for my comic book collection, so I got them all over again in these two hard cover collections.

I know I’ve included this book many times, but it legitimately qualifies, so I had to add it. I first came across it in my middle school’s library and absolutely loved it. Then, I didn’t think about it for years. The summer after high school, when I started getting more into buying books, I remembered it and just had to track it down and get a copy for myself.

I’ve owned a copy of this book for many years; it remains one of my favourites. When I learned about an edition with fantastic illustrations by Bernie Wrightson, however, I knew it was time to pick up a new edition.

The Haunting of Hill House by Shirley Jackson 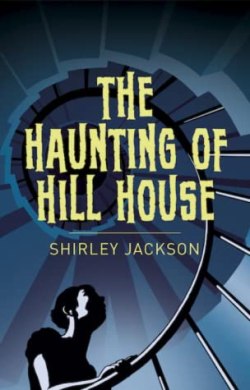 This horror classic I first read on my kindle because the copy I purchased was maybe a dollar or two. A few years later, I came across editions of classic books that a local bookstore chain was selling at low prices, especially if you get three or so at once, so I snagged a copy of this, since it’s definitely worth owning a copy of.

The Song of Achilles by Madeline Miller

I first read this book as an ebook as well and absolutely adored it, as I was kind of expecting I would. I actually resisted buying a physical edition for many years in order to read the digital copy, but after it was done and read, and Indigo started selling an exclusive TPB edition, I decided it was time to get something more tactile.

Song of Susannah by Stephen King

This is another book I actually already owned. I love The Dark Tower as a series, but I had to settle for the TPB editions of the last two books, which didn’t match with the rest. When I found the above TPB in a thrift store, however, I knew I had to pick it up to make my collection more whole.

The Hobbit by J.R.R. Tolkien

I first read this book while I was still in public school, and I believe I got the copy I read from either the school’s library or a collection of books within my classroom. I’ve never been an especially big overall Tolkien fan, but I do love this book in particular. This copy above I actually purchased because it was part of a syllabus in university, but I was more than happy for the opportunity to add it to my personal library. 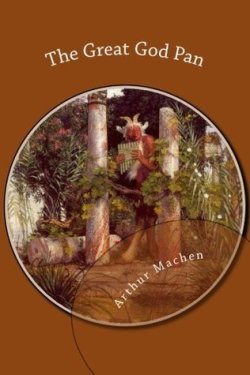 This one is a really unique case that I’d almost forgotten about. This book is actually just a short story, and I first read it digitally because the author’s work is public domain. At the time, I was especially curious about works of old weird/cosmic horror that weren’t written by Lovecraft, which is when I learned about this author. Something about this story resonated with me a lot, and not long after I came across a small book (practically a pamphlet) that binds just this short story. It was inexpensive, so I picked it up. Ever since, I’ve had this weird little 44-page book.

This was another series that I initially read in single issues, but I loved them so much that I wanted the collected volumes too. There were volumes before Remender took over as writer, but his specific run with these characters was just so wonderfully weird and creative with these relatively lower-tier characters that I’ve never really forgotten it. I also deeply resent how the series was revamped into a Hawkeye/Black Widow book shortly after to make it resemble the MCU films. Something more unique and creative was put in the ground that day.

Eileen and Homesick for Another World by Ottessa Moshfegh

Now, technically, I do not own these books physically yet. However, these are two that I most consistently think about when I want to buy physical versions of novels I’ve already read, especially Eileen. So, while I may not own them just yet, I’m almost certain that I will add them to my personal library one day.