For the month of October, I took part in Frighteningly Good Reads hosted by Molly over at Silver Button Books. Making good on my post from earlier in the month, I want to take a look back on my progress over the month and see how I did.

Yes, yes, it is November 4th, even though I said I’d get this up on Halloween. October turned out being an odd month, and on top of that I stubbornly decided to stick some things out before getting this up. 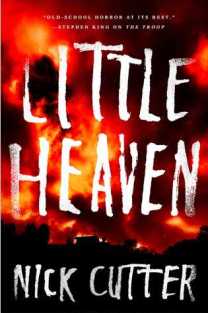 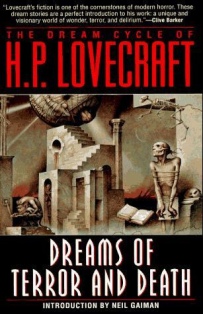 These were the books I intended to get through before Halloween. Unfortunately, I was only able to get two of them finished and reviewed before then: Doctor Sleep and Hellboy: Odder Jobs. You can check out my full reviews by clicking their respective titles.

Both of these books were actually fairly middling for me. The former had great characters, but weak villains that in turn hindered some of the plot. The latter was a consistently enjoyable anthology, but the stories were only average in that respect. I wanted odder jobs, dern it, but they just weren’t weird enough, I guess.

Little Heaven is an interesting case in the context of this post, because I actually finished that novel this morning. Finally. Not on time unfortunately, but I needed to get it done already.

Despite how impatient that may sound, I actually liked this book a lot. The characters were great and it was definitely the scariest read on my list. A lot of great atmosphere, body horror, and supernatural terrors. For some reason, though, it took me nearly a month to finish it.

I’ve been in a weird rut, to be honest, and I’m quite peeved that this happened during October. There’s no helping it, I suppose. Certainly not now. I will have my review up soon, anyway, though without the tag. Wouldn’t feel right.

I am reading at the moment Dreams of Terror and Death—there’s quite a ways to go on that book—but I resigned to the fact that I wouldn’t finish it on time well before the holiday. With everything else out of the way I will hopefully have it done soon, though, provided I can rev the motivation back up. 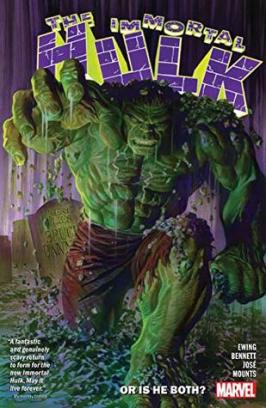 I’m happy to report that I finished all three volumes of The Immortal Hulk that I planned to get through, although it was close. The last one I managed to finish right on Halloween night, in fact.

This series is really good. It ties really well into the character’s long and storied past, both recent and more distant, while still telling a story that is fairly accessible to someone who doesn’t normally read Hulk comics (like me).

It’s story line goes back to the horror roots of the character, giving a more thoughtful look at who they are (Banner and the Hulk) and the deeper nature of their origins, touching upon some unexpectedly cosmic horror. The Hulk’s persona is more darkly intelligent and contemplative too, which made it all the better.

The art is fantastically creepy at times too. I’ve seen Bruce Banner transform into the Hulk numerous times, yet never represented so horrifically. More than once it was like looking at something straight out of John Carpenter’s The Thing. A twisted representation of an iconic character, but hauntingly appropriate all the same.

If you never read Marvel comics, you may want to brush up on some history first, but otherwise if you have even a casual awareness of some events I definitely recommend picking it up.

Feel free to share your own horror reads from the past month below.