Over October I once again took part in Frighteningly Good Reads, hosted by Molly at Silver Button Books. Be sure to check out all of her FGR reviews too!

There aren’t strict guidelines to the event as of yet, so I presented myself with a selection of books I was determined to read through before Halloween. Let’s see how I did! 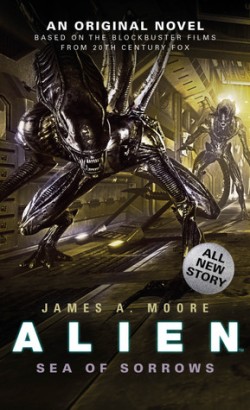 I don’t read all that quickly, especially lately, so I was a little more realistic with my lineup this year. Though I presented three books at the start of the month, The Grip of It was only a bonus, in case I had time to squeak another book in. I did not. There’s always next year!

I am happy that I finished the books I was most committed to reading, though: The Night Will Find Us by Matthew Lyons, an ARC I received some months ago, and Alien: Sea of Sorrows by James A. Moore, the next book in the new trilogy of Alien books that came out a few years ago.

The first didn’t wow me, but was a good supernatural thriller with some genuinely effective horror scenes. I’d be really interested in reading a potential sequel or prequel. You can check out my full review by clicking the title above.

Sea of Sorrows I was pleasantly surprised by. It gave me good a new Alien story, decently separated from the films, that was notably better than its predecessor Out of the Shadows. It’s not without its own problems, though, which I’ll get into when I post my full review. My only regret is that I didn’t review it in time, but considering I finished it the morning of Halloween and had to work that night, a review just wasn’t going to happen that day. 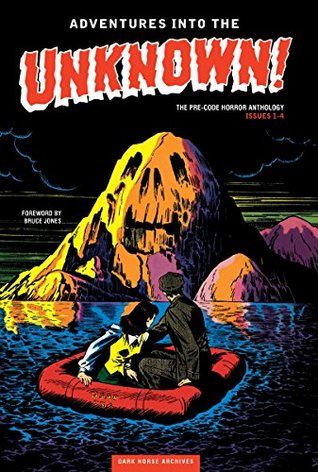 As it turns out, it was among these comic books that I was presented with the greatest hurdle.

Tremor Dose by Michael Conrad and Noah Bailey I finished well ahead of Halloween. The art was wonderfully unique and great at conveying the surreal feel of dreams. I really loved the first half of the story too, which built toward a more intriguing reveal than I was expecting. Part Two undermined a lot of that for me though, so by the end my feelings on the story were more than a little mixed. You can check out my full review by clicking the title.

Adventures Into the Unknown Archive Vol. 1 was quite the journey. This is the one book I didn’t finish on time; I finished it on Sunday night/Monday morning. It was a collection of issues from this horror comic series, starting from the beginning in 1948. They weren’t without their charm, but were nevertheless a bit of a slog. Comics have come a long way since then and it seems to me they were still figuring out how to do the genre. Some of these were so ridiculous I can’t help but look back on them fondly though, so at least there’s that.

I don’t know if I’ll read the second volume I’ve got on my hands or not. They’re pre-code, which is tempting, I just wish the stories themselves weren’t so hokey. I don’t think volume two will be removed enough. There’s got to be some decently spooky vintage horror comics, right?

Did you read any spooky books in October? Let me know in the comments, I’d love to hear about them. And thank you for reading!